Old is gold – Qualcomm and TSMC figured out how to squeeze a bit extra performance out of the 7 nm node and created the Snapdragon 865++. Or as the company prefers to call it, the Snapdragon 870 (SM8250-AC).

The Snapdragon 870 still uses Kryo 585 cores, which are based on ARM’s Cortex-A77 with some in-house tweaks. The Snapdragon 888 CPU is based on the newer Cortex-X1 and A78 instead, so while it runs at lower frequencies (2.84 GHz for the X1), there’s more to the performance story. We’ll have to wait for the first benchmarks to see how all these chips compare, though. 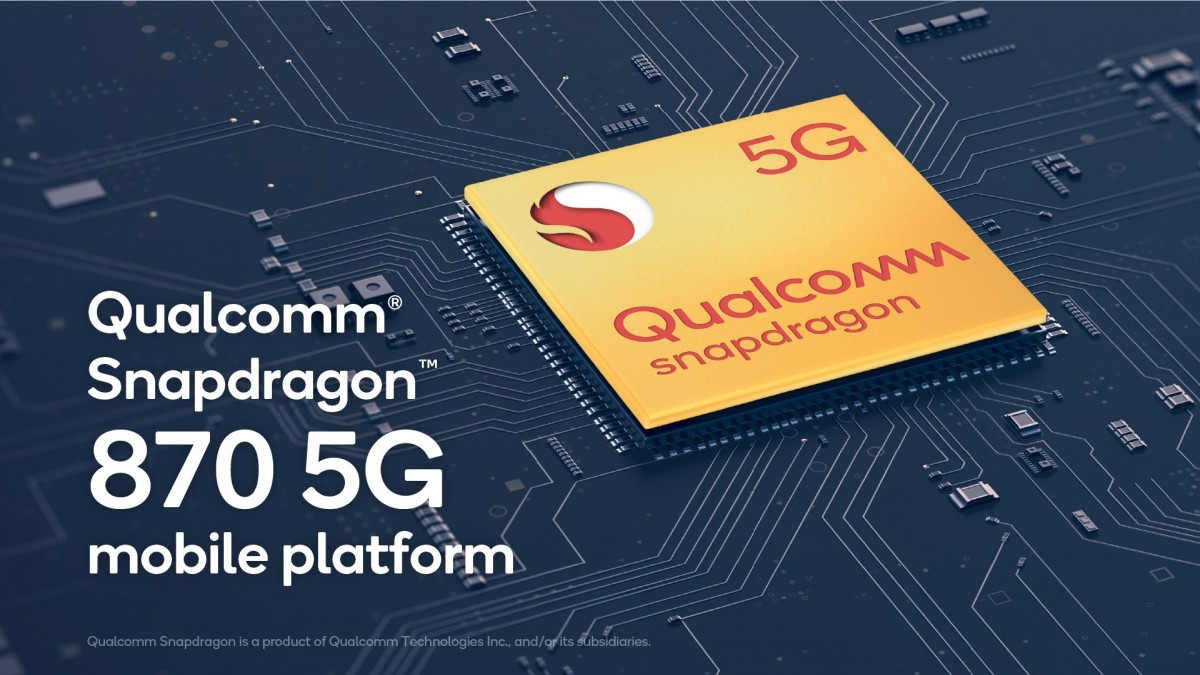 Similarly, the FastConnect 6800 system appears to be the same. It supports Wi-Fi 6 (up to 1.77 Gbps) and Bluetooth 5.2 with aptX Voice and Adaptive. Note that the 865+ used the slightly upgraded FastConnect 69000, which offered Wi-Fi 6E.

There’s no onboard 5G modem, instead the chipset will be paired with an external Snapdragon X55 with sub-6 and mmWave support (up to 7.5 Gbps downlink speeds).

The Snapdragon 870 will be used in phones by Motorola, OnePlus, Oppo, Xiaomi and iQOO. Motorola says it will launch its phone “soon”, but there are no exact dates for any of the upcoming devices. The companies did give a few hints what kind of phones they are working on, though.

All of them will highlight 5G, of course, but Xiaomi specifically mentioned cameras, while iQOO is making a gaming phone.

Buddy a 4 series snapdragon won't run half the games/apps an 8 series will... Facts look them up before spouting off that a 4 series is anything but a budget processor with crappy weak specs

Hng was captured by chipsets

Good at brainwashing the crowded and has government support. Tax free money is in Ireland. I like stock though but I hate the company.