Qualcomm has officially unveiled its third-gen 5G modem - the Snapdragon X60. It’s the first 5G modem built on a 5nm node and enables up to 7.5 Gbps download and 3Gbps upload speeds, while supporting both mmWave and Sub-6 versions of 5G connectivity. Like the X55 before it, the X60 works on both TDD and FDD networks for truly global 5G support. In addition, it also supports 4G LTE as well as legacy 3G and 2G bands.

The biggest advantage of the new modem is its size. At 5nm, its only the second time we’ve seen a chip maker dip below the 7nm mark. Another new addition is dynamic spectrum sharing (DSS) which will allow carriers to repurpose LTE bands for higher network speeds and accelerate 5G deployment. 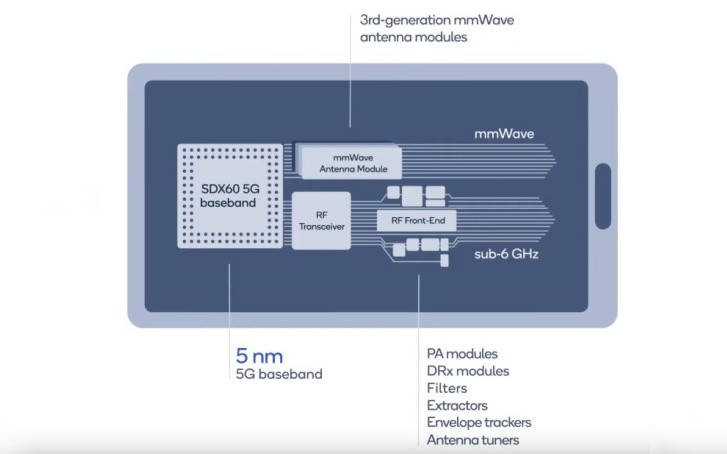 Hoping they make it on tsmc 5nm not samsung 5nm

The predecesor of this was just a maybe 10% weaker. There is likely nothing to see.