With how many devices it's been churning out as of late, it's easy to forget that Realme is still a pretty young brand. And, as it turns out, one that hasn't forgotten about the handsets it launched last year. Case in point: both the Realme 1 and the Realme U1 are now receiving a new software update, that brings them Dark Mode as well as the latest security fixes.

Both phones will be on the October 1, 2019 security patch level after you apply the update. They both get the same changelog, except for the fact that the U1 will also add a "partial scene camera effect optimization". 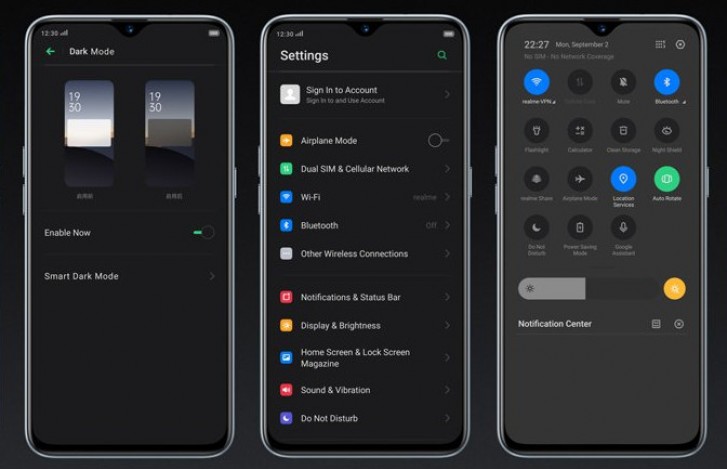 Otherwise, regardless of which one you have, you can expect to see Realme laboratory added, as well as a data switch in the notification panel, App cloner support for more third-party apps, a manual lock function that works by long pressing the power button, and Google's Digital Wellbeing is on board too. Additionally, some of the system UI has been optimized, and the notification center style has been redesigned.

The new version that's rolling out now is RMX1831EX_11_C.15 for the Realme U1, and CPH1861EX_11_C.45 for the Realme 1. Currently these have reached around 5% of users already, and every owner of these devices should receive the appropriate update within the next week or so.

Black will help to save more battery in Oled display n looks better. IPS not save battery but not bad.