Realme 2 Pro will arrive next week and the company CEO already teased the device, saying it will have Snapdragon 660 chipset. Today the device, codenamed OPPO RMX1807, arrived on Geekbench, revealing it will also have 8 GB RAM, living to its Pro moniker. 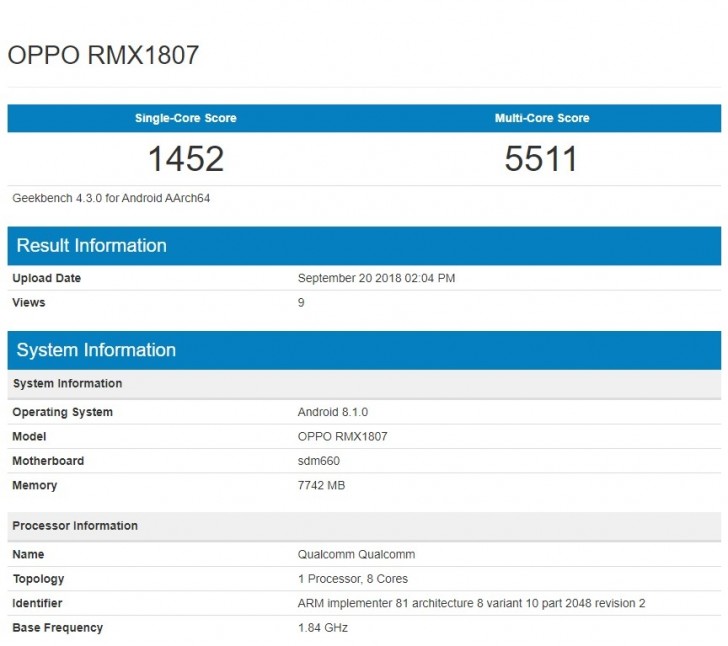 The results from the CPU benchmark are in line with other Oppo smartphones that run the same chipset - Oppo R15, Oppo R11, Oppo R11s. The single-core score is 1452, while the multi-core number is 5511, which is pretty normal for a Snapdragon 660. The phone is said to run Android 8.1, but we expect Oppo’s Color OS 5.1 on top. 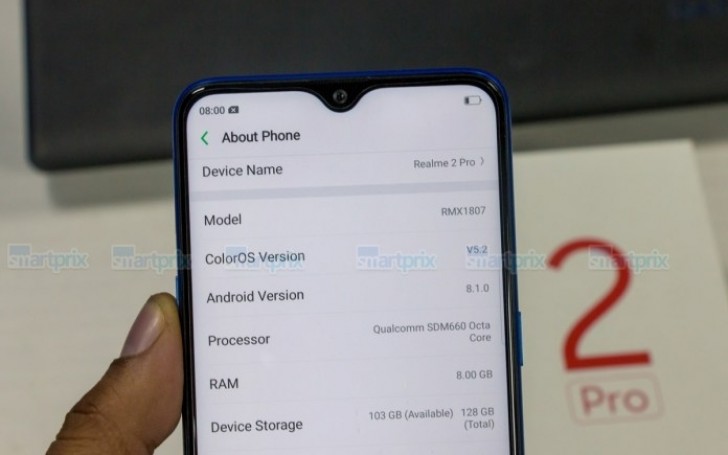 Although the phone will be officially revealed at an event on September 27, the device is already shipped to some reviewers, who teased the device. The Realme 2 Pro will arrive with the impressive 128 GB storage. If the company manages to keep a relatively low price of the upcoming phone, the brand will punch through the roof of the affordable segment and spearhead into midranger territory, now occupied mostly by Redmi Note smartphones.

Realme 2 Pro to be announced on September 27

On the frame. Above the camera