We knew that the Realme 2 was coming to India but didn't expect it to arrive so soon. 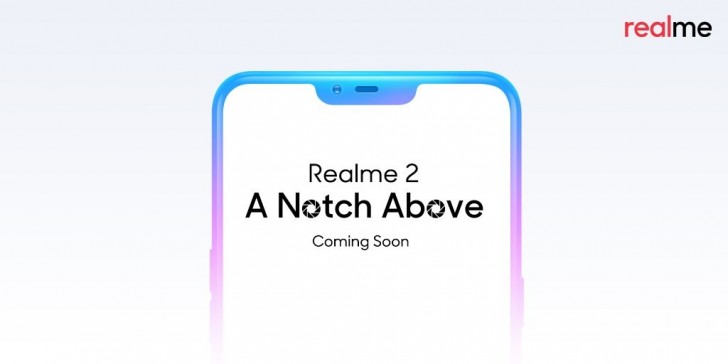 Shortly after the retail box leaked the company itself decided to tease the phone a little bit and announce the launch date through its official Realme twitter account. We expect the notched smartphone to be officially unveiled on August 28 after 12 PM local time.

In addition, the company sparked some interested by revealing the battery capacity - 4,230 mAh, which is approximately 28% bigger compared to its predecessor, the Realme 1.

From night long movie marathons to unending gameplays, with the 4230mAh battery of #Realme2, let the fun never be interrupted! #ANotchAbove pic.twitter.com/a2LIgWHLcW

In just a week from now, we will see what Realme's next budget smartphone will be all about. The most important question is whether the Realme 2 would retain the same price tag as before or we will see a slight bump in the price due to the added features like the fingerprint reader, the dual cameras on the back and considerably bigger battery.

Double the fun of taking the perfect picture. Capture the real world with the #Realme2 dual camera. Are you excited to see the magic unfold? #ANotchAbove pic.twitter.com/ot8JUPFi0E