The Realme 3 Pro follows closely in the footsteps of its non-Pro stablemate in the overall design, though there are differences. Most notable is the brand new styling of the back panel with its two opposing patterns of converging waves meeting to form a curvy S-shape in the middle. Say what now? Well, this: 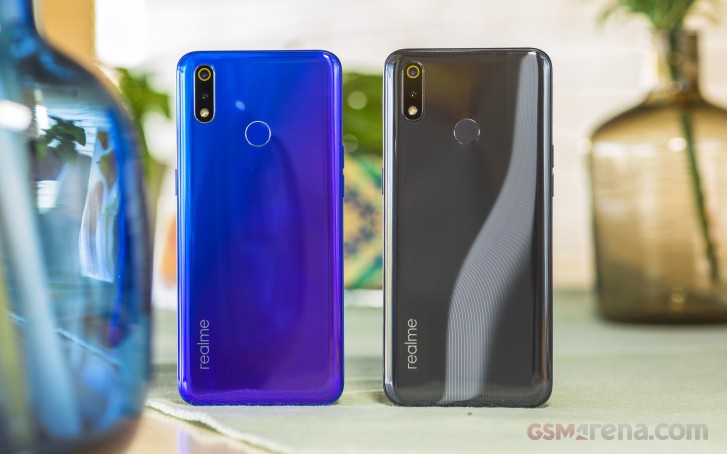 This specific effect is most pronounced on the Nitro Blue and Carbon Gray color variants. The Lightning Purple has it too, but in that instance the black-to-purple gradient prevails over the S. Whichever paintjob you choose for your Realme 3 Pro, it likely won't go unnoticed. 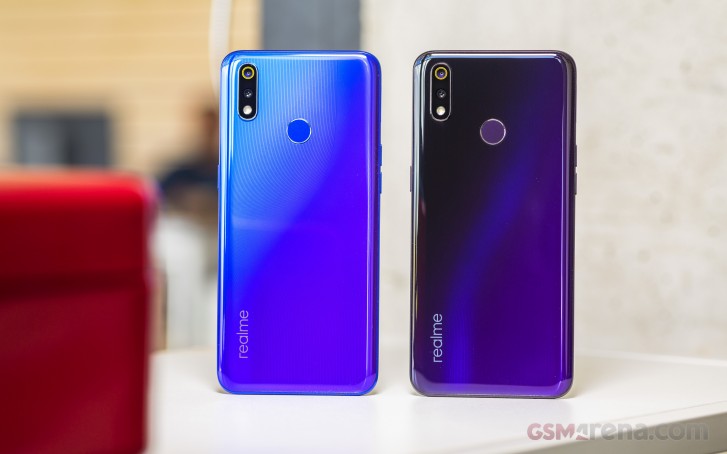 The back is home to the dual camera assembly in the top left corner, the modules sharing a bump with the LED flash. This imaging department sticks out by about a millimeter and makes the phone a little wobbly when on a table. The Realme 3's camera sticks out less and that one is less prone to wobbling. 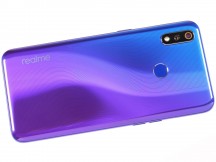 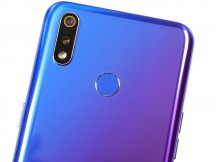 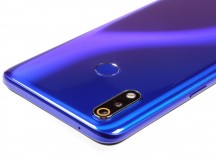 The depth sensor has a couple of accent rings around it as a purely decorative element, and another one of those is the Realme logo down below. At least there are no camera specs and regulatory markings scattered around the back. The fingerprint reader is on the back as well, a touch too high and requiring a bit of a stretch, but nothing overly dramatic. 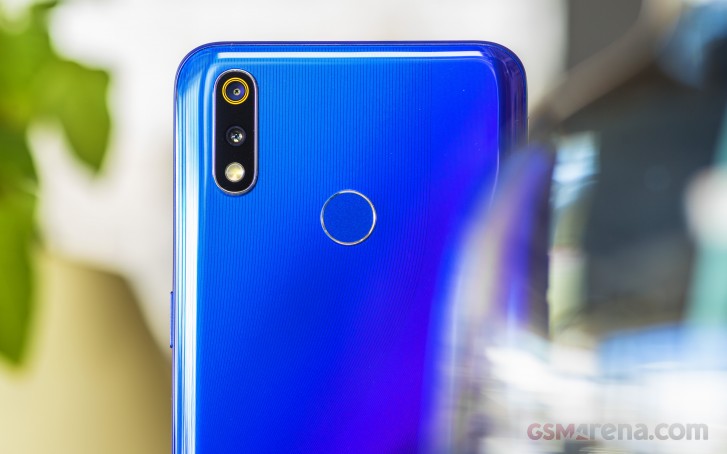 The frame that keeps things together is made of polycarbonate and is colored to go with the back panel's paintjob - it's dark gray for the Carbon version, has a purple tint on the Lightning one, and is blue on the Neon.

The power button is alone on the right, while the two separate volume buttons are on the left. All three are very well sized and positioned, and click nicely. If you were to ask us which is the correct button placement, we'd pick this one.

Also on the left, above the volume buttons, is the card slot and it's our favorite type too - the tray has cutouts for two nano SIMs and a microSD slot.

We're not as excited about the microUSB port on the bottom - let's all agree that the whole industry should switch to USB-C and be done with it. To the left of the port is the primary mic and a bit more towards the edge is the 3.5mm headphone jack. The loudspeaker is on the other side. 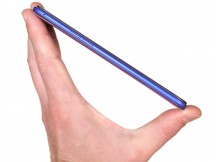 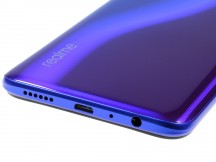 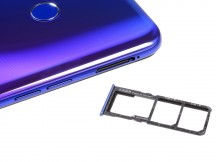 In the hand • Sadly, that's a microUSB port on the bottom • The triple card slot is nice, though

Over on the front we find the Gorilla Glass 5-covered 6.3-inch display with a small waterdrop-like notch up top. The cutout houses the camera and the ambient light sensor, the earpiece above them. The proximity sensor isn't quite here - instead, it's a bit to the right in what's left of the top bezel. 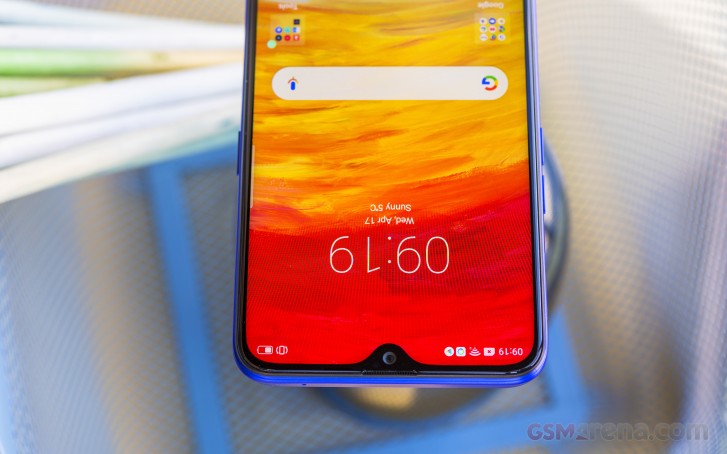 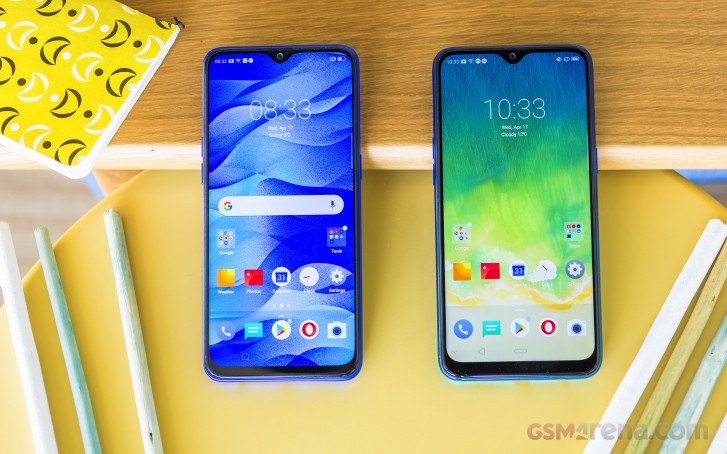 Realme 3 Pro on the left, Realme 3 on the right

The whole phone is reasonably compact too - having in mind its display size, of course. The Realme 3 Pro measures 156.8x74.2x8.3mm and it's a a couple of millimeters shorter than both the Honor 8X and the Redmi Note 7 Pro and still half a mil shorter than the Vivo V15 Pro. It's also the narrowest of this bunch, even if the differences are in the fractions of a millimeter.

Weighing in at 172g, the Realmi 3 Pro is very light too, some 13g less than the Redmi and the Vivo, and a less noticeable 3g lighter than the Honor. 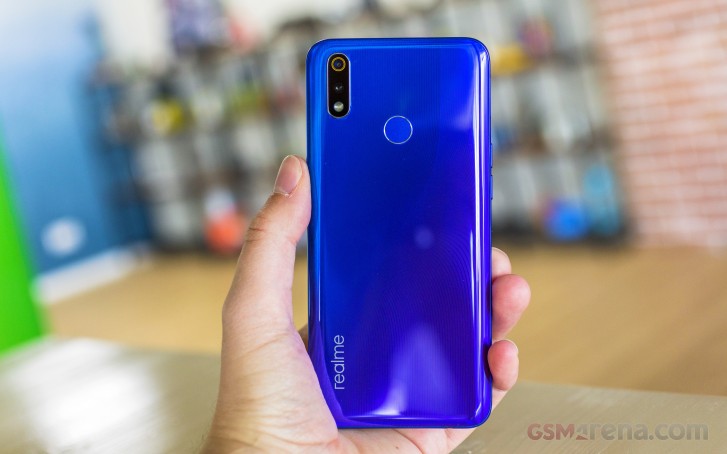