Latest Realme 3 Pro teaser is all about the speed

The Realme 3 was introduced in the beginning of March, and the event finished with a teaser of the Realme 3 Pro. The time for the Pro iteration has come and the phone is launching on April 22, as already confirmed. Today the company CEO for India Madhav Sheth posted another teaser, reminding that the Realme 3 Pro will be all about speed.

See you on 22nd April. pic.twitter.com/UfomufNovY

The company has kept silent on any specs, but thanks to photos, uploaded by Sheth, we expect a selfie camera with more than 12 MP sensor, likely a 25 MP unit like the Realme U1. We also expect to see HDR capabilities from the main shooter. The phone is also said to run Fortnite at 60fps, something that the Redmi Note 7 Pro cannot do. 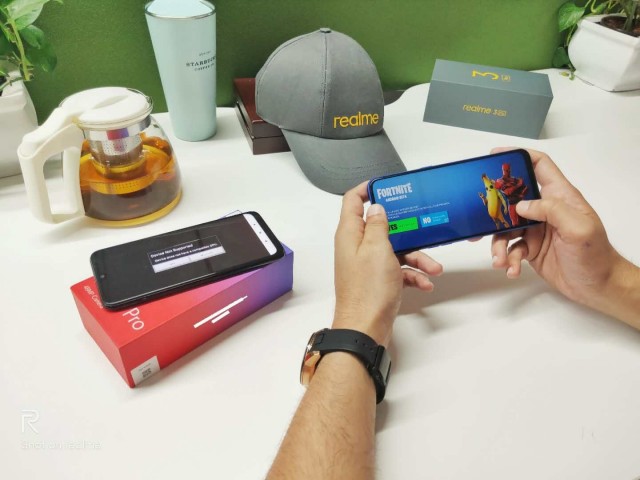 Realme 3 Pro in the hands of the brand's CEO

So far, only flagship chipsets like Snapdragon 855 and Kirin 980 support the 60fps mode, introduced by Epic Games, so the Snapdragon 675 in the Redmi device cannot make it. There are 10 days to the event and we are currently playing the guessing game which chipset will power the Realme 3 Pro to provide the promised “Pro” awakening speeds.

Because flagships as usual destroys any midranger, Flagship user for life