Realme 3i arriving on July 15, specs and design revealed

The Realme 3i teased earlier this week is expected to launch in India on July 15 alongside the Realme X. Well now, the company has confirmed the Monday launch in addition to revealing the phone's design and a few specs.

The 3i looks similar to the Realme 3, but it flaunts a back with a diamond-cut pattern. It will come in at least two colors, Blue and Red, with the latter having a gradient paint job. It looks identical to the Realme 3 Diamond Red variant that leaked last month, so it could be that the leak confused the two identical looking phones or that both will get it. 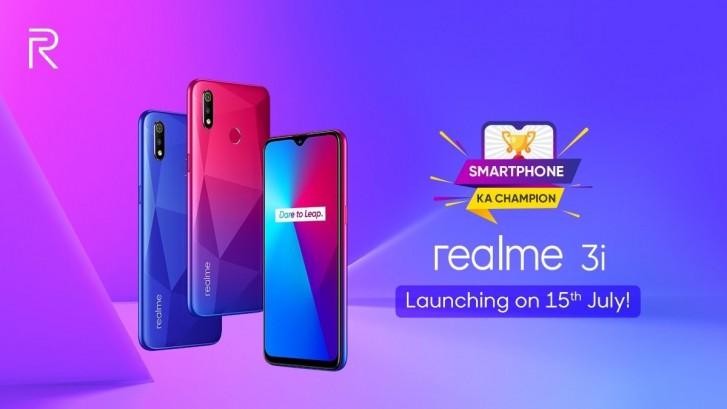 The Realme 3i also has a dual camera setup at the back, but its configuration is currently unknown. What we do know, though, is that it will ship with a 4,230 mAh battery and a Helio P60 SoC at the helm. And if Geekbench is to be believed, it will be paired with 4GB RAM in at least one of its versions.

More details about the Realme 3i are likely to surface until it goes official next Monday.

The Realme 3i will pack MediaTek Helio P60 and 4GB of RAM, benchmark confirms

Global realme 3 is sold with helio p60, So what market is this 3i for??

It's price should be under 12k of 4gb variant

Atleast this obsession is fruitfull for consumers