Realme is right back at it again with another phone, this time extending the Realme 5 lineup with the Realme 5s. The latter slots in between the Realme 5 and the 5 Pro but it's more closely related to the vanilla 5 while snatching some key features from the Pro, such as the camera setup. In terms of design, size, and hardware, the 5s is almost identical to the 5, but as we pointed out, the camera setup is what sets them apart. The Realme 5s is now touting a more capable 48MP main sensor also found on the 5 Pro while the other three cameras on the back are shared across all three handsets in the family - 8MP ultra-wide, 2MP depth sensor and 2MP dedicated macro unit.

Also, the new 5s eliminates the 3GB/32GB memory variant on the vanilla 5 and starts at 4GB/64GB. Still expandable with microSD, of course. 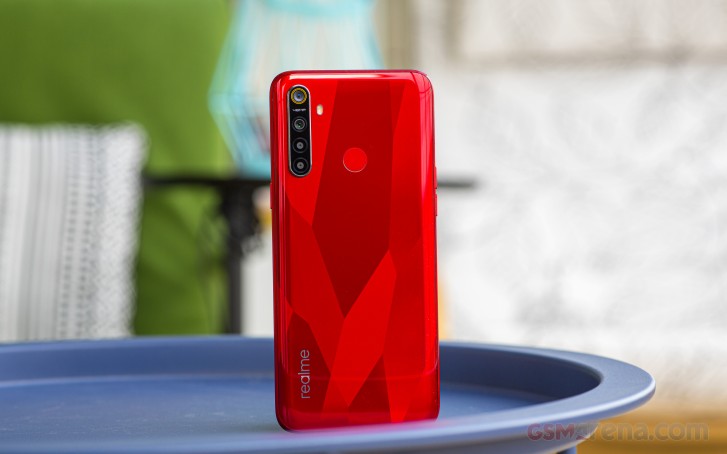 It's probably safe to say that the Realme 5s is a just a hardware refresh of the 5 launched a few months ago, and if the pricing is right, it could easily become the most reasonable purchase of the three. And for what it's worth, it's the first Realme device in a while to come in a red color.

The phone arrives in a typical Realme white box containing the usual user manuals, a wall charger with a USB-A to USB-C cable for charging a data transfer and a transparent silicone protective case. 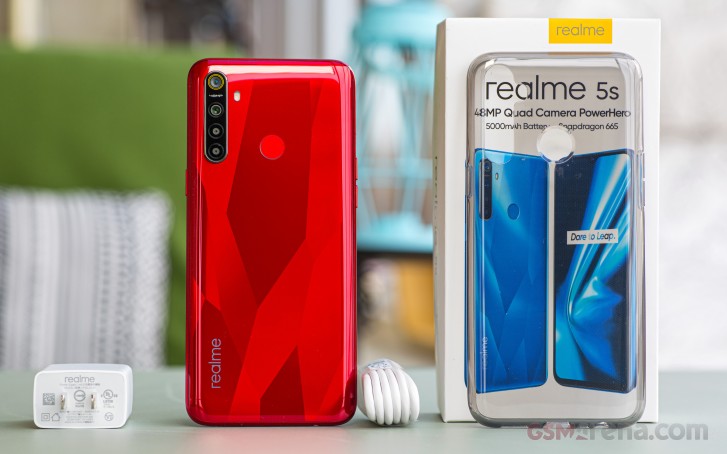 It’s really a nice and reasonable phone for all....I’m satisfiedq

Yeah got mine, but the camera upgrade doesn’t seem tempting for me to swop my set to the newer one...

I mean it's the thing with most of these budget chinese brands, they care about their customer only up to the point when he buys their device, then he can f*ck right off for all they care. There's a reason why these devices have such a strong p...