Realme 6 has a quad-camera setup on its back, similar to the ones found on the Realme 5, 5 Pro, XT, among others. Top to bottom you'll see an ultrawide shooter, the primary camera, then comes the depth sensor, and the last one is a macro snapper. 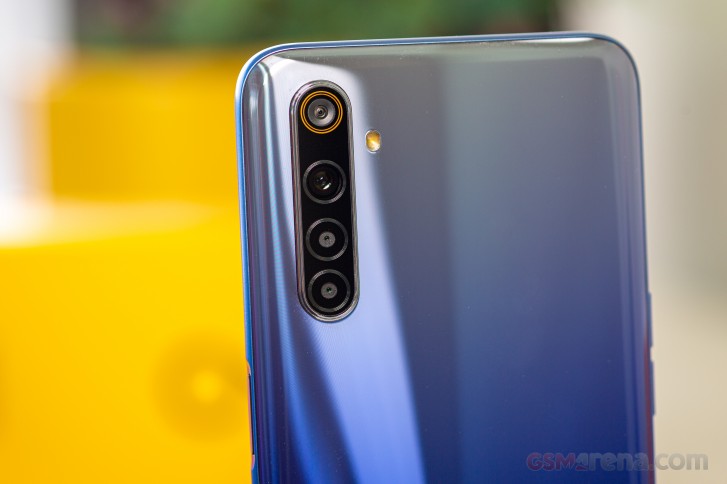 The main camera relies on the 64MP ISOCELL Bright GW1 sensor by Samsung. It's a large 1/1.72" sensor with 0.8µm pixels and Quad Bayer filter and sits behind an f/1.8 26mm lens. It's meant to shoot in binned 16MP mode, but it also supports the so-called demosaic algorithm that allows it to add a bit of extra detail if you opt for the 64MP native resolution.

The 119-degree ultrawide-angle camera has an 8MP sensor (1.12µm pixels) with an f/2.3 aperture. There is automatic distortion correction applied when necessary.

The 2MP monochrome unit is called "Portrait camera", rather than just a depth sensor. It certainly helps with the bokeh rendering, but allegedly, it's also used to enhance the contrast of the final photo.

Finally, there's the 2MP macro camera (the pixels on the sensor are quite large, 1.75µm). Its lens has fixed focus at at a distance of 4cm away, so you can get really close to your subjects. 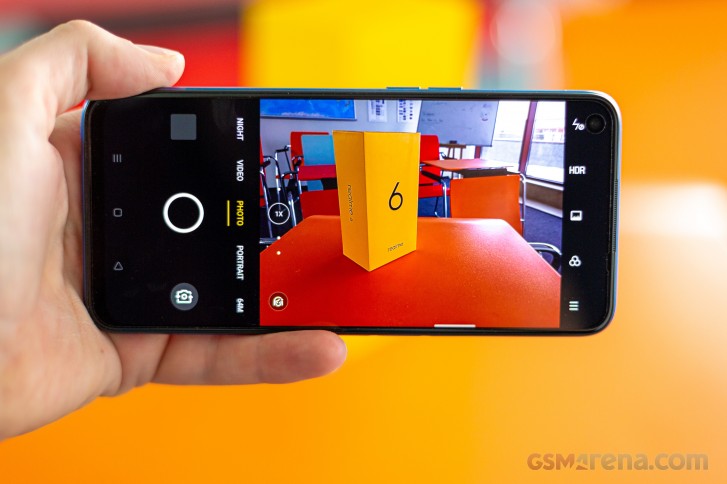 The camera app is familiar with a few tweaks here and there - there are less menus - most of the modes are now on the main rolodex, which is good. It offers AI scene recognition - you'll see a small icon when a scene is successfully recognized, and the software will tweak all settings accordingly. Food, snow, pets, sunsets, grass, among other scenes, are detected mostly correctly.

The Chroma Boost toggle is on the opposite end of the viewfinder - it is an advanced HDR mode, which stacks a couple of images and offers even further improvements in the dynamic range and occasionally - better color saturation.

You will notice zoom toggles switching between Wide, 1X, 2X, and 5X, but quite expectedly everything beyond 1X is only digital zooming - there is no telephoto lens on the Realme 6.

In the Expert mode you get to tweak exposure (ISO in the 100-6400 range and shutter speed in the 1/8000s-16s range), white balance (by light temperature, but no presets), manual focus (in arbitrary 0 to 1 units with 0 being close focus and 1 being infinity) and exposure compensation (-2EV to +2EV in 1/6EV increments).

Let's talk about the image quality. The 64MP main camera saves 16MP images by default, and the photos look quite good. There is more than enough detail, accurate colors, the noise is very low (the bright weather do help, though), and the dynamic range is wide, and we never used the HDR option.

The foliage rendering and the grass needs some work as the noise-suppression algorithm often mistakes it for noise and smears the fine detail.

Moving on to the Chroma boost mode that enhances saturation slightly and makes for somewhat livelier shots. If you want your colors to pop but not over the top - you may want to try it. It works by stacking images of different exposure so it also increases dynamic range and you may get some clipped highlights restored.

There is a 64MP mode available if you want to shoot in "full-res". The Samsung GW1 sensor can take full-resolution photos although you stand to gain very little extra detail due to the Quad Bayer nature of the sensor. For cases when the resolution is crucial (and light is great), you can try that, but the 20+MB typical file size means you'll only be wasting space if you use it for your average photo.

Here is a side by side comparison to see how much extra detail you can get in an ideal scenario. In most cases, the difference will be even smaller.

And here are the samples.

One of the benefits of having a big sensor and high resolution - you get more resolution for cropping or digital zooming. But the process of making a 64MP and then cropping its center is slow, and it seems the Realme 6 just crops and zooms over the regular 16MP photo.

You can get much better results if you crop the center from the 64MP image without any further enhancements involved. It's a hassle, of course, we are not denying that.

And here are the samples.

Realme has improved its processing for the ultrawide camera, and on the Realme 6, it shows wide dynamic range, excellent contrast and lively, if a bit over-saturated, colors. The detail is nothing impressive, but in line or even better than many competitors from the same class.

We took a couple of macro samples from the dedicated 2MP macro camera. You can get in really close to the subject, but the detail isn't that great.

We believe you can get similar or better results with the main camera, and then decide for yourself whether to crop those or not.

The Realme 6 shoots portraits with its main 64MP snapper and with the help of the 2MP so-called portrait camera. Realme says this tiny camera is not just a depth sensor but is also used to enhance the contrast of the said portraits.

Well, we can't be certain what's going on behind the scenes but the Realme 6 takes very good portraits with competent subject detection and convincing background blur. Stray hair was a challenge and caused a few issues but overall, the shots are still exemplary for this class.

The 16MP nighttime photos we took with the main camera are unimpressive. The resolved detail is average at best smeared by aggressive noise reduction. And yet noise is still present. The explore and colors are alright.

Night Mode is present on the Realme 6 - it is the same pseudo long exposure night mode you'd find on many other smartphones and takes about 3-4 seconds to take a picture. There's a massive boost in the shadows and the dark skies, and the saved photo is much more evenly exposed than the regular one.

More detail pops in the well-lit areas, too, bringing some more noise as well, but all things considered - this mode a must use when night falls - it improves on pretty much everything.

Shooting with the 8MP ultrawide camera at night should only be done in extreme cases - you get underexposed shots with a ton of noise and little detail.

Night Mode is available on the ultrawide snapper and it makes for brighter pictures, but the photos are still rather mediocre.

Once you're done with the real world samples, head over to our Photo compare tool to see how the Realme 6 stacks up against other phones. 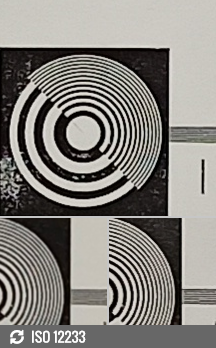 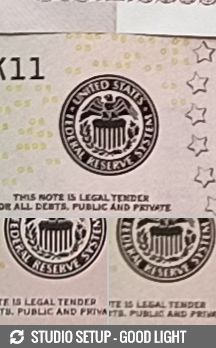 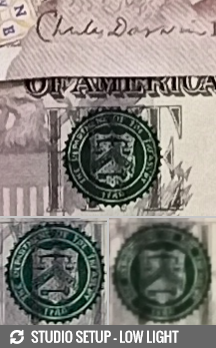 The Realme 6 has a 16MP f/2.0 selfie camera with fixed focus. On the software side, there are all sorts of beatification enhancement options like skin smoothing and eye enlargement and face thinning, and whatnot.

When light is in abundance and the lowest ISO is used, you'll get super detailed and sharp selfies. The last selfie was shot in HDR.

You can use portrait mode for selfies, too. Those are saved in 8MP instead of 16MP but being based entirely on computational photography only turned good for very specific subjects.

The Realme 6 captures videos with its main camera and ultrawide snappers. The main camera records video up to 4K at 30fps and there's 1080p at both 30fps and 60fps.

The ultrawide shooter is limited to 1080p@30fps video capturing.

Just like on its previous Realme phones, the 6 is super generous with the bit rates it uses to encode videos. 4K footage gets 50Mbps while 1080p/30fps is allocated a similarly above average 20Mbps when using the h.264 codec. The audio bitrate is 128kbps, and the sound is stereo.

The weather was pretty bad around her, but stull the 4K videos were not as great as on previous models with just average captured detail. Still, the colors are spot on, and the dynamic range is impressive. We excepted a lot more detail considering the high bitrate, but that is not the case.

Moving on to 1080p videos. Both the 30fps and 60fps clips are pretty nice with good level of detail, lively colors and excellent contrast. The dynamic range is as impressive as on the 4K ones.

You can also shoot zoomed videos and the 1080p one looks great.

There's no mention of video stabilization in the menus or the viewfinder but Realme mentions EIS within the phone specs. We found that the electronic stabilization works only on 1080p at 30fps setting.

Here's a glimpse of how the Realme 6 compares to rivals in our Video compare tool. 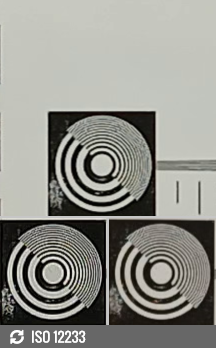 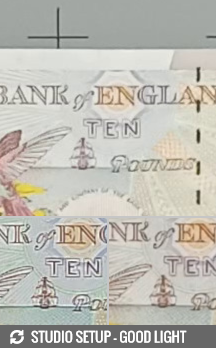 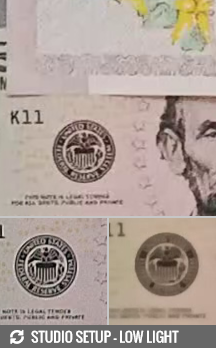 i have used the phone for a half year now ,no problem and no lags at the moment. yesterday i get the android 11 update for the global version phone. its much smother friendly to used. for the money its a great smart phone. i do used redmi note 8 p...

Same here, no problems whatsoever with this phone. Remind me the Xiaomi Mi Note 3. Perfect for its price.