Realme 6s to debut in India as Realme 6i next week

Realme unveiled the Realme 6i back in March and then brought it to the Indian market as the Narzo 10 in May. Now a new report claims the phone maker is set to announce a Realme 6i phone in India next week, which is not the original 6i but a rebranded Realme 6s.

This information comes from the folks over at OnPhones who spotted a poster of the Realme 6i at a retail store in India. The poster includes a few specs of the smartphone and confirms two color options - Black and White. It doesn't include the launch date but the store employee told the publication that 6i will debut in India next week. 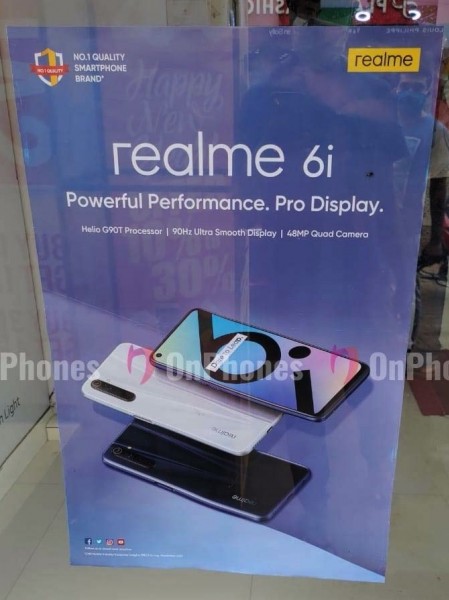 The report also claims that Realme 6i, like the 6s, will arrive in a single memory configuration - 4GB RAM + 64GB storage. You can head this way to check out the detailed specs of the Realme 6s to get an idea of what the Indian 6i will come with.

When we get realme u1 in market

Why do they need to rebrand it? I don't understand this Chinese companies. They really need to stop.