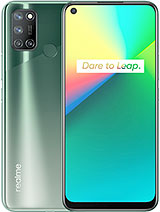 A good phone with economical price range,The problem of hanging during browsing on net

Honey, 17 Oct 2021I adore my phone it's realme 7i I don't have any ... moreThe phone is still good after Android 11? I plan to buy this one only as a bussines phone (whats up, messages, viber, calls). Is it good enough?

I adore my phone it's realme 7i I don't have any problems in camera, battery level, software update but still I've one small problem it's hang when it's get heat. If my phone has a cool temperature also it's get hang it's a major role of the problem In realme 7i otherwise I love this product very much @realme
Console customer request to slove this problem

Gigil moko, 14 Aug 2021Why like this realme? After the update to android 11 my pho... moreSame here bro. My phone after the latest update, become soo laggy. And my line sometimes become shit. I don't no why. I try to restart my phone, it's still the same thing happen. I be chagrined after the update.

I have too major problems with phone, im asking the its own developers :
1-Have you ever use this phone contact app! It's ridiculous, it can't even search a contact properly!!!!!
2- have you ever tried streaming music in a car , coz it wont work !!

AthenaAsamiya, 22 Apr 2021At first this phone is fast and have a stable internet. How... moreWhat 69 mp takes 30 sec to take and save.???
It takes less than one second to taje a 64 mp photo with this phone

Gigil moko, 14 Aug 2021Why like this realme? After the update to android 11 my pho... moreI had realme 5i and the issue after i updated it to android 10 is the same. they are known for their poor quality software updates. If you update your relame device, expect that your phone will become slow and laggy that is why i go back to samsung. Im now using the Galaxy A52 which is a solid device. Youget what you pay for!

Anonymous, 30 Aug 2021The Poco M3 doesn't even have a rear ultrawide camera.... moreWho cares about an ultrawide camera when it's going to be so crappy it's unusable anyway? Poco M3 wins in every aspect.

any custom rom for this phone?

No FHD, no buy. Rather Poco m3

Why like this realme? After the update to android 11 my phone become laggy. Data and other connection become weak. And it also restart on its own.

This is too bad phone .The processer is to bad and this phone lags a lot when I update Android 11my game lag so much so give us new update and upgrade his processer for gaming

The new version Realme UI 2.0 is bad, it always hang my phone. When it was hanging up it automatically restart your phone. It ids very hassle.

Realme 7i is wonderful set..the back ground and front camra is PDAF, ultrawide,depth sensor etc.. It is help people..

Eeeee, 16 Apr 2021common sense please of course quality will get worst when z... morethey only have 720 × 1600 pixels and cannot take 4k videos, unlike the samsung a50s & realme 5 pro which are cheaper