Realme introduced the Realme 8 last month, and today the company revealed it will unveil the 5G variant on April 21.

This announcement comes from Realme's Thai branch, which posted a short video on its official Facebook account revealing the Realme 8 5G's design.

As you can see, the Realme 8 5G doesn't come with the big "Dare To Leap" text on its back like the 4G variant, which is something not everyone's a fan of. Moreover, unlike the 4G model, which comes with a 64MP quad camera, the 5G version will have one less shooter on its rear panel, with the primary camera using a 48MP sensor.

The video clip doesn't show us the front of the Realme 8 5G, but we believe the smartphone will pack a punch hole display. That's because the Realme 8 5G appears to be a rebranded V13 5G announced in China last month.

We say so because the Realme 8 5G's rear panel looks similar to the V13 5G's, and the smartphone was spotted on Geekbench and FCC with Dimensity 700 SoC, 8GB RAM, Android 11, 5,000 mAh battery, and side-mounted fingerprint reader - features that are present on the V13 5G as well. 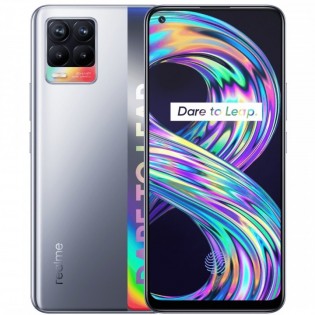 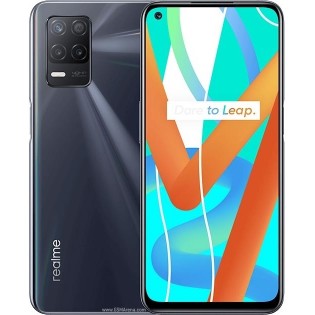 Besides, the thickness (8.5mm) and weight (185 grams) of the Realme 8 5G are also the same as the V13 5G's. The only difference between both phones we know right now is an NFC chip, which is not present on the V13 5G.

So, if the Realme 8 5G is indeed a rebranded V13 5G for the global markets, it will come with a 6.5" FullHD+ 90Hz LCD, 8MP selfie camera, and 18W charging in addition to the specs revealed by FCC and Geekbench. You can head this way to check out Realme V13 5G's detailed specs.

Will their phones ever receive android 11, if at all or will they be stuck on Android 10 forever.