When Realme launched the 8-series a month ago, only the 8 Pro was promised for Europe, the 8 wasn’t coming. Well, it is now and it won’t be traveling alone – the Realme 8 5G is headed to the Old Continent as well.

The Realme 8 will be available in May and it will start at €200. That is a fair bit lower than the Pro model, which goes for €300. Comparing the two, they share the same 6.4” Super AMOLED display (1080p+, 60 Hz), but have different cameras, chipsets and batteries. 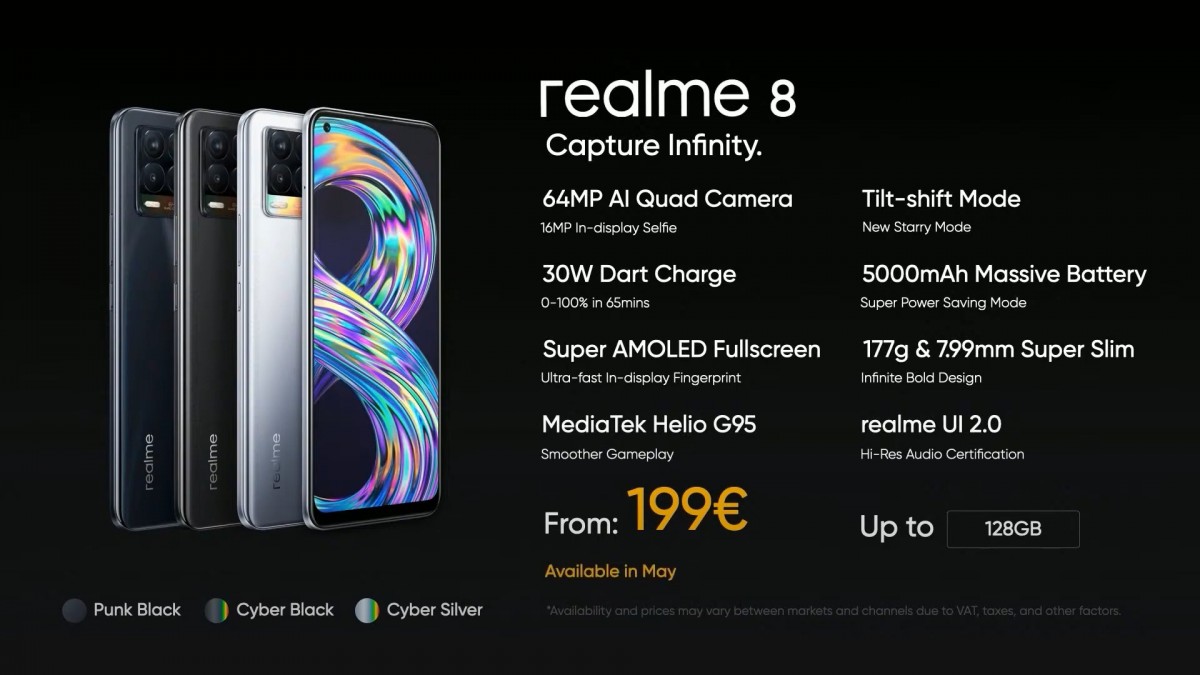 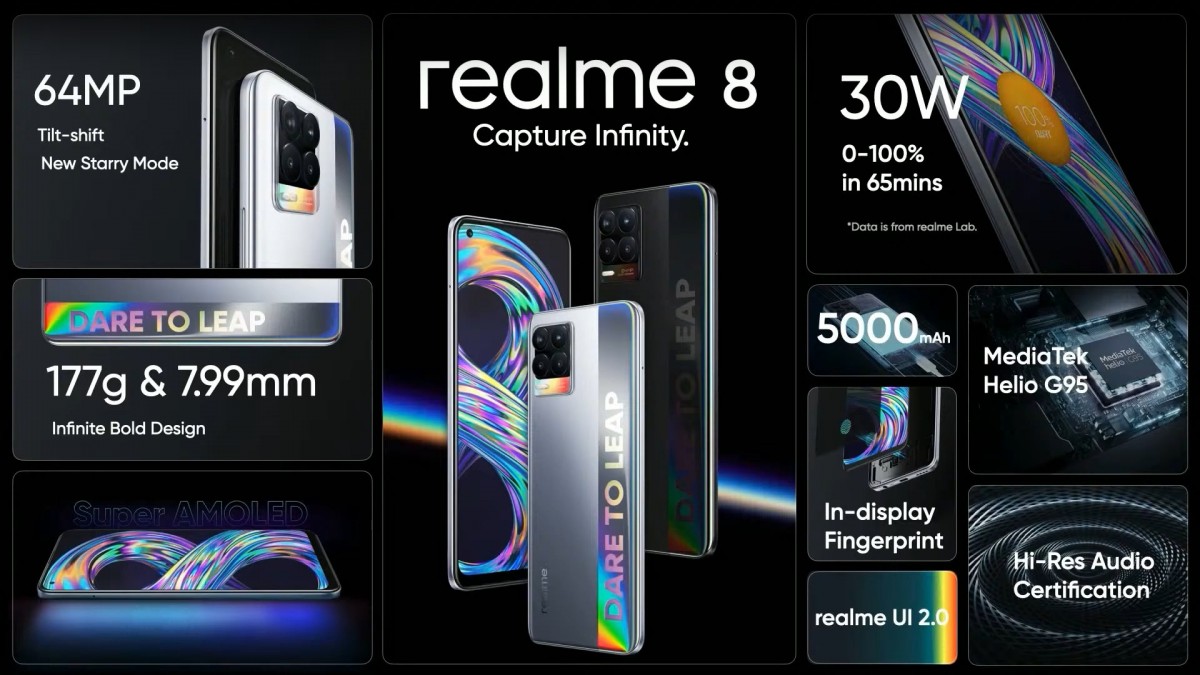 The Realme 8 5G is also coming to Europe in May and it will cost the same - €200. That shouldn’t come as much of a surprise considering that the 8 and 8 5G are more different than their names suggest.

A quick comparison shows that the AMOLED screen is swapped out for a 6.5” IPS LCD with 90 Hz refresh rate, the 64 MP main camera for a 48 MP one and the ultra wide lens is gone completely. Also, the 5,000 mAh battery now tops out at just 18W charging. 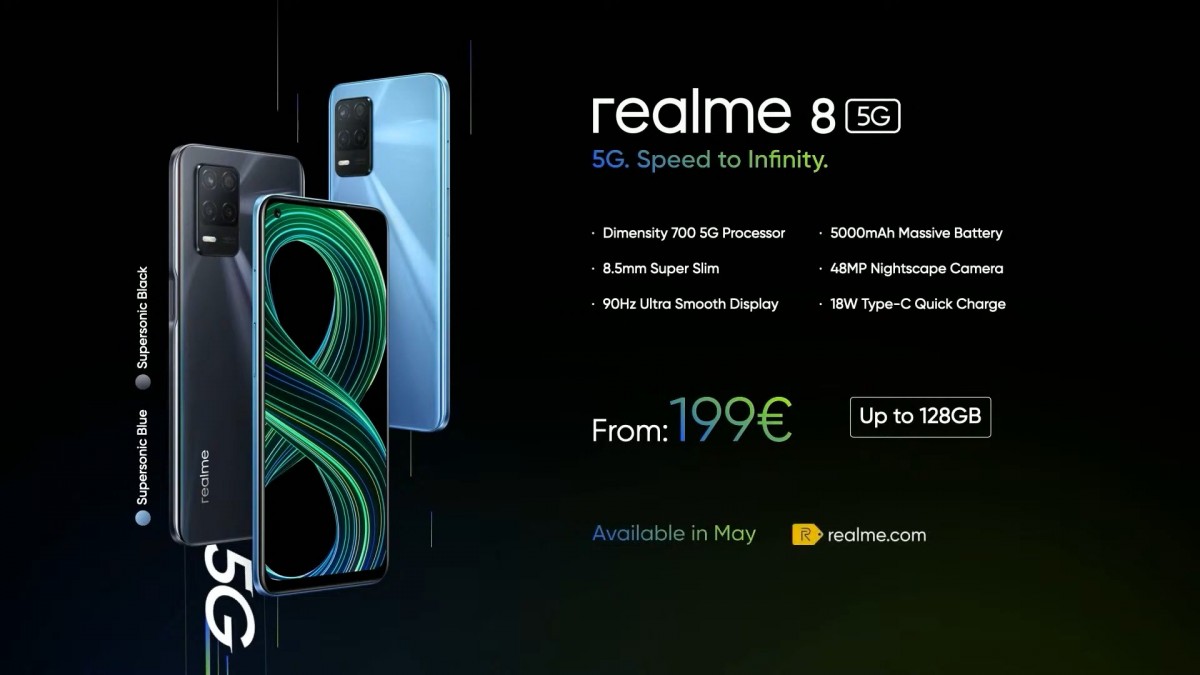 You do get 5G connectivity, of course, and Europe already has many next-gen networks in operation. The Realme 8 5G is powered by the Dimensity 700 chipset (7 nm), which may not have the GPU for 90 fps gaming, but it does have a sub-6 GHz modem capable of delivering speeds up to 2.77 Gpbs.

If you care about connectivity more than you do about the camera, then this model does make some sense. But check this out. The older Realme 7 5G has an ultra wide camera, 30W charging and even the LCD is better with 120 Hz refresh rate. It has been available for as low as €220, which would make it a better deal, but it currently hovers around €260. 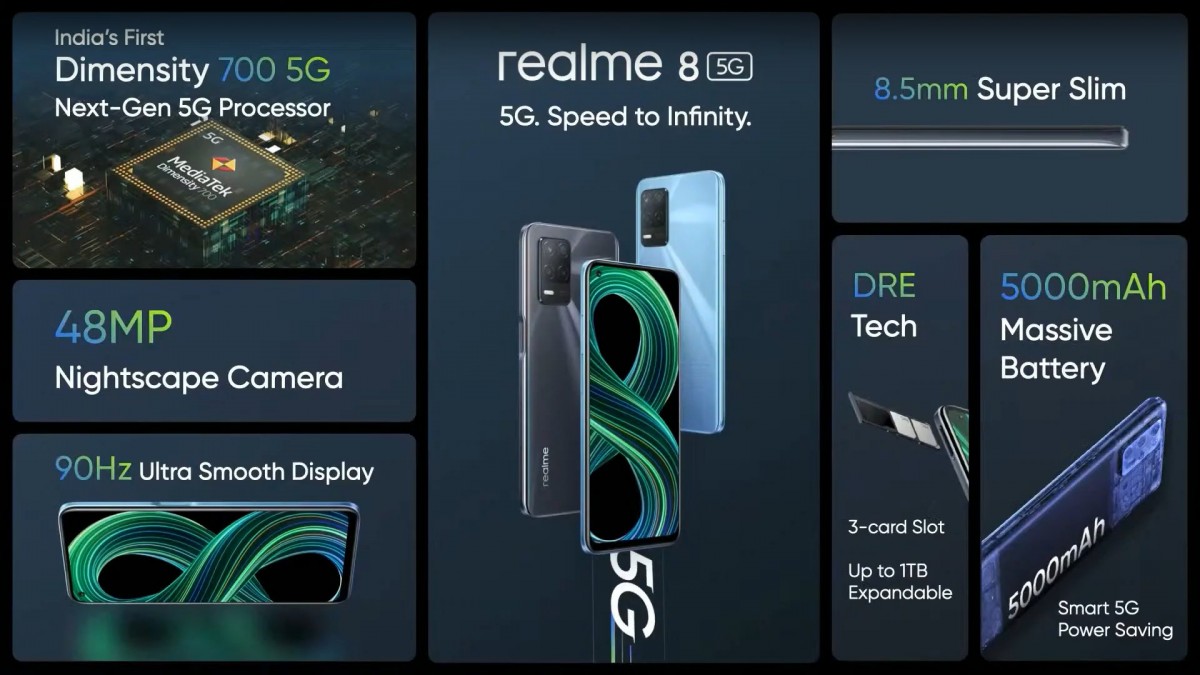 By the way, CEO Madhav Sheth mentioned that early bird deals will be available, so it is perhaps too early for a price comparison. We don’t know what those deals will be, that will be revealed as the May launch date approaches.

For details on Realme 8 5G’s launch in India check out this article, the phone launched in Thailand yesterday.

Dimensity 700 is comparable or lower than even the Snapdragon 480 5G. 200 dollars for a 400-series equivalent chip? Think again.

With the Dimensity 700 being a 7nm chipset, along with 90Hz display and 5000mAh battery, this is a good option in the 15k segment