The Realme 8 Pro unveiled last week is receiving a new firmware with version number RMX3081_11_A.27. This is the second software update after a build with version RMX3081_11_A.24 was rolled out before the launch, which came with Starry Mode and Starry Timelapse features.

The new build bumps up the Android security patch level on the Realme 8 Pro from February 2021 to April 2021, which is impressive since even Google's Pixels are yet to receive the April patch. 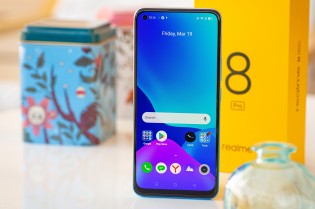 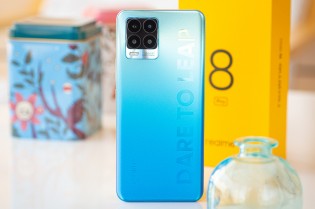 Additionally, the firmware adds Hyper Motion Slo-Mo mode to the smartphone's rear camera and updates the watermark style. It also brings VoWiFi support for Vi (Vodafone Idea) to the Indian units. You can check out the complete changelog of the update below for more details:

The new update requires a download of around 330MB and should reach all the units in a week or two. We expect Realme to add the full update package to the software support page on its official site soon, allowing Realme 8 Pro users to install the update manually on their devices without waiting for the OTA to arrive on the units.

The Realme 8 Pro comes with a total of five cameras - a 16MP selfie shooter inside the punch hole, with the 108MP primary camera on the back joined by an 8MP ultrawide, 2MP macro, and 2MP depth units.

You can read our Realme 8 Pro review to learn all about it, or watch the video below to know more about its key features.

realme 8pro has not working with jio sim network,facing problems in dual sim networks activation,only single get activated ,but both sims ae not working at same time