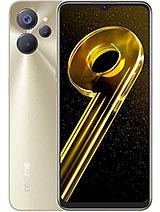 GorujoCY, 19 Aug 2022For sure For sure it wouldn't be as strong as this but... morepanda glass is equivalent to the gorilla glass 1st generation.

What is SAR value in this phone?

Ancha, 24 Aug 2022bro ypur poco m3 pro is good phone or having any issues in ... morem3 pro has no problems. its a different device from regular m3. so you wont mostly get deadboot issue. i have used and owned it for 5 months and never fails on me. currently runs on miui 13 and still runs like new. only problem is i cant record 720p on built in camera.

you have to suffer, 23 Aug 2022dont buy phones for design. buy a phone that have plenty of... morebro ypur poco m3 pro is good phone or having any issues in poco m3 pro i want to buy thi phone

Anonymous, 21 Aug 2022Design i like it because i want iphone but android, the onl... moredont buy phones for design. buy a phone that have plenty of features. like my poco m3 pro which has nfc. even though it has dimensity 700. but atleast it has fm radio

Design i like it because i want iphone but android, the only i disappointed is no nfc if have i buy it

No NFC, as most Realme. What a stupid choice. More important than 5g.

Yext, 19 Aug 2022Gorilla Glass 3 was fine when it come about, but nowadays i... moreFor sure For sure it wouldn't be as strong as this but yet again at least would probably give more protection than whatever the hell is panda glass that I've geniunely never heard of...

Phones can break in any way that is if you admire the design or the weight and try to use it otherwise I can see comsumers just using a case (My family and even my brother who has a OnePlus 9 pro has a case on it), I've only heard only one scenario where someone had to take off the pre applied screen protector (mi 11 lite 5g) but kept the case and still broke the screen pretty badly in a sharp corner so not everything is as durable as that but I just think Gorulla Glass 3 might have given it a bit more protection I think...

GorujoCY, 19 Aug 2022No, most phones I ownes that I remember had at least Gorill... moreGorilla Glass 3 was fine when it come about, but nowadays it's basically a scam. People would just say "oh it has Gorilla Glass at such low price, perfect'" when it's just bad.
I'd be happier to see Schott AG glasses on more phones.

Yext, 19 Aug 2022Gorilla Glass 3? Have you ever used a phone with that glas... moreNo, most phones I ownes that I remember had at least Gorilla Glass 4 or 5, and also Ironically I use a case so never broke phones like these, The only thing I have managed to have 3 scratches is my smartwatch. Again I'm basing it on devices like Redmi 10 which are also under 200 euros and those have Gorilla Glass 3

Edit: There was a time that I dropped my old Samsung A8 2018 without a case but that dropped on the back, the glass didn't scratch but the screen broke like a flashbang than a scratchy mess and ended up taking it to a repair shop to fix it

GorujoCY, 19 Aug 2022Considering it's under 200 euros/dollars, Something Li... moreGorilla Glass 3? Have you ever used a phone with that glass? I have and that's the only phone I ever broke.

Yext, 19 Aug 2022180 eur phone totally should've had Gorilla Glass Vict... moreConsidering it's under 200 euros/dollars, Something Like Gorilla Glass 3 would do

Johnclinton94, 18 Aug 2022not a great spec but the device is a better Budget than Xia... moreHonestly the Xiaomi Redmi Note 11 is times better in terms of Build Quality (Probably the Realme could have a better finish though on this), Water Resistance (even if it is IP53 is pretty much just splashes but probably would risk it in Rains than the Realme 9i for the rating), charging, Gorilla Glass over Panda Glass, AMOLED over LCD and probably better Camera ISP/Software Image Processing

you have to suffer, 18 Aug 2022a type of glass that are more fragile than gorilla glass vi... more180 eur phone totally should've had Gorilla Glass Victus I agree

Yext, 16 Aug 2022Even at 220 eur this would be a much better deal than the M... moreAnd don't forget Realme UI is more convincing than MIUI.

No NFC
Cortex A76
Panda Glass

So pathetic .... Even worse than crap sold by HMD