After our exclusive leak about the Realme Buds Air arriving with wireless charging, today the Realme India CEO decided to officially announce it on Twitter. The true wireless headphones will support basic Qi charging, meaning the battery could be topped on pretty much every charging pad on the market.

The official launch is scheduled for December 17 - during the same event we are also going to see the Realme X2 appear outside of China.

What makes #realmeBudsAir truly disruptive?
Wireless Charging! Yes, you can charge with ease and convenience using any Qi-standard wireless charger.

Isn't it amazing guys!
Get ready for the launch at 12:30PM on 17th Dec.
RT if excited. #TrueWirelessRealSeamless pic.twitter.com/0gY1AVDSTN 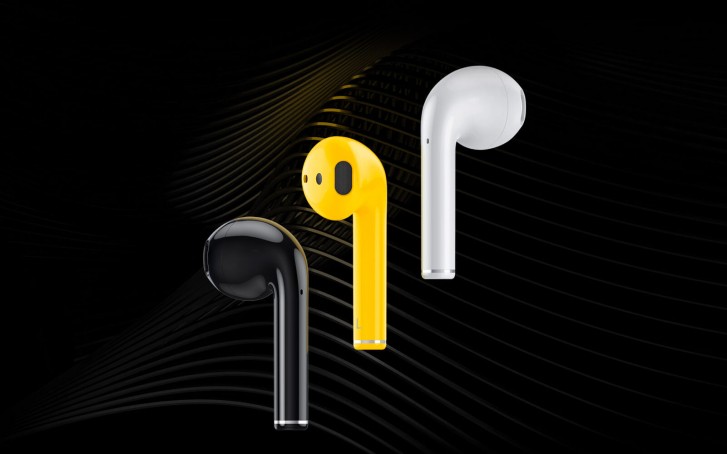 We already know there will be at least three color options - Black, White, and Yellow. The earpieces will have a 12 mm bass boost driver and will come with an INR400 discount for anyone who pre-orders the Realme X2 Pro, Realme XT, Realme 5 Pro, or Realme X. However, we have to wait until Tuesday for the exact price of the Realme Buds Air.

Its never good when someone steals your designs and copy-pastes your products. Thats how you lose money for future R&D and this hampers the evolution of technology. Using fakes/knockoffs just means you support stealing. Its not ethical nor p...