Realme introduced the C15 last week with a 6,000 mAh battery and prices starting at just $130. The device was initially available only in Indonesia, but it is soon expanding its reach to India as evident by its uploaded Support page on the local official website.

When looking for issues on Realme India, a dropdown menu lumps the yet-to-be-released Realme C15 with already present devices like the Realme 6i or the Realme Buds Q. 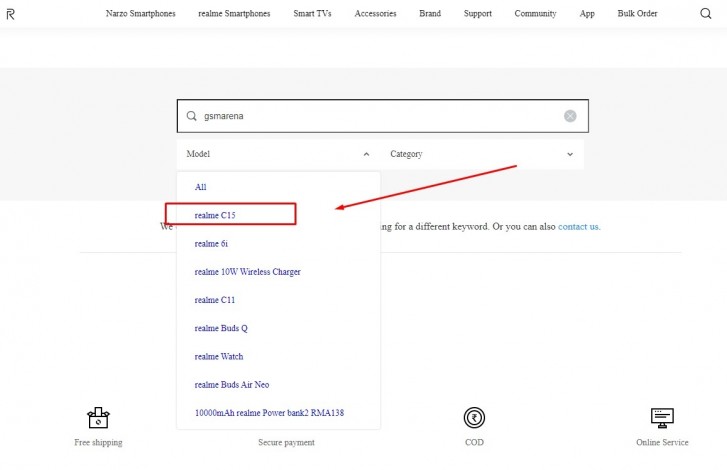 The phone is a more feature-rich version of the Realme C11 with its four cameras (13 MP + 8 MP + 2 MP + 2 MP) and 18W fast-charging for the battery. For comparison, the C11 has only two shooters on the back, 20% lower battery capacity and only 10W charging speed.

Realme C11 may be coming to Europe soon

Realme is unstoppable. Another phone in budget and with smart features.