The Realme C25s with model code RMX3195 that bagged NBTC certification last week has moved a step closer to the launch as it has been certified by Russia's EEC as well.

The EEC listing doesn't divulge anything about the C25s, but there might not be too many differences between the C25s and the vanilla C25, which was announced in March. 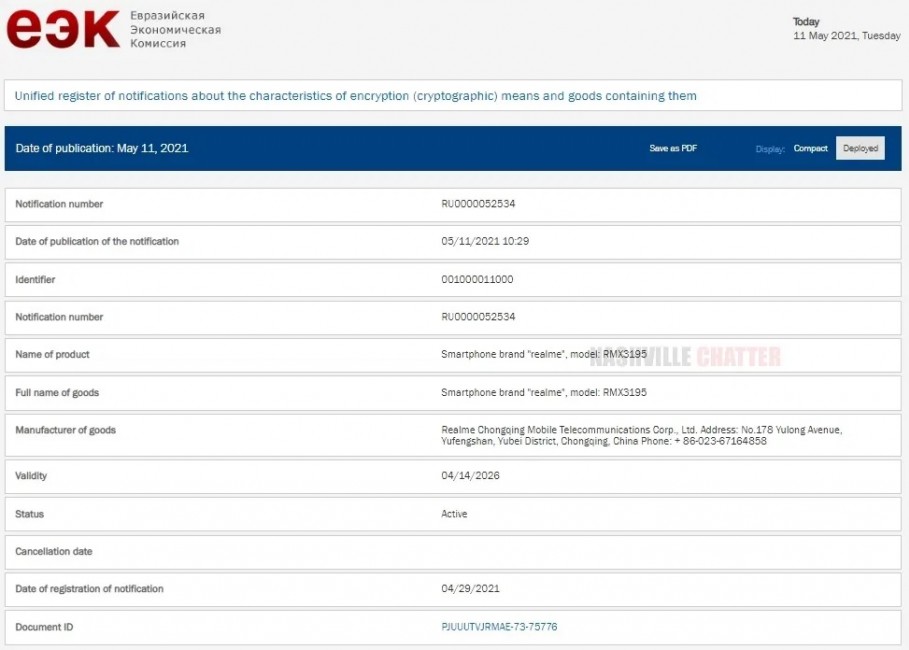 The Realme C25 has a Helio G70 SoC at the helm with 4GB RAM and up to 128GB storage. The smartphone boots Android 11-based Realme UI 2.0 and is built around a 6.5" LCD with a notch for the 8MP selfie camera.

The phone's back cover features a fingerprint reader and a square-shaped camera island, which houses three shooters - 48MP primary, 2MP macro, and 2MP depth. Although the Indian model comes with a downgraded 13MP main camera.

Keeping the entire package up and running is a 6,000 mAh battery that's charged through a USB-C port at up to 18W.

it is BBK and their phones almost the all same.

Same designs with zero or one useless change and spamming the market always with same phones but multiple names. That is Realme for you. They even call their stupidity as "Dare to leap". Once more and more people get to know how stupid this...