The Realme C30's renders leaked last week, revealing its design, which was today corroborated by Realme since the company's Indian branch announced that the smartphone will launch in India on June 20 at 12:30PM local time (7AM UTC).

A brand-new world of entertainment is on its way!

Get ready to witness the brilliance of #realmeC30, launching at 12:30 PM, on 20th June.#NayeZamaneKaEntertainment

Realme C30 will come in at least two colors (blue and green), and while Realme hasn't detailed the smartphone's specs sheet yet, it revealed that the C30 will be powered by the Unisoc T612 SoC and pack a 5,000 mAh battery.

Realme also said that the C30 will be 8.5mm thick and weigh 182 grams. However, its flat design might not be preferred by some. 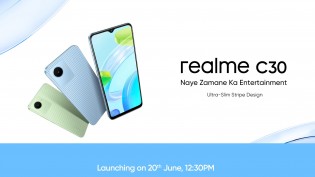 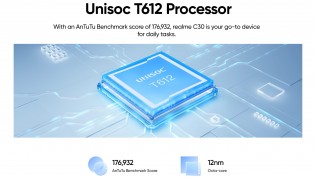 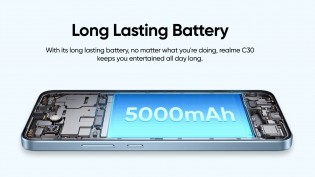 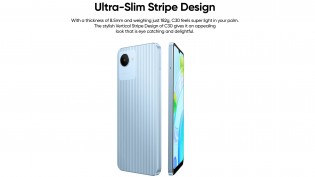 The young brand doesn't show us the C30's bottom side, but thanks to its previously leaked images, we know the Realme C30 has a microUSB port at the bottom, joined by a 3.5mm headphone jack, microphone, and speaker.

Rumors also claim that the single camera on the C30's rear uses a 13MP sensor, while the selfie camera has a 5MP resolution.

With the launch just four days away, there's not much waiting to know all about the Realme C30.

Unisoc released patches for any security issues discovered. And there are fewer issues than with Snapdragon.

Realme is not a young brand, it’s just another spinoff from the age old BBK.