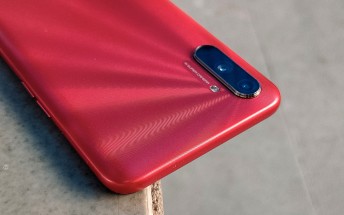 Realme announced its entry-level C3 smartphone last week in India and now the company is teasing the handset in Indonesia with February 19 being the launch date. It appears that the Indonesian market will get a different version with one extra camera.

The official Realme website in the country outlines some of the key specs of the phone and "triple camera" is one of them.

The currently released version features a 12MP main camera and a 2MP secondary one so we would assume that those two are to stay but we don't know anything about the third one just yet.

The rest of the specs remain the same but it's curious to see what the Indonesian market will get as a third camera.

why? what are you talking about? i think realme here in Indonesia is strong rival with Xiaomi, they are very good phone.