The Realme GT2 Pro and GT2 are official and they're going on sale in Europe from March 15.

The Realme GT2 Pro is the real deal, ready to butt-heads with the smartphone elite, thanks to a top-shelf Snapdragon 8 Gen 1, Samsung's latest AMOLED display tech, and a potent battery and capable cameras. 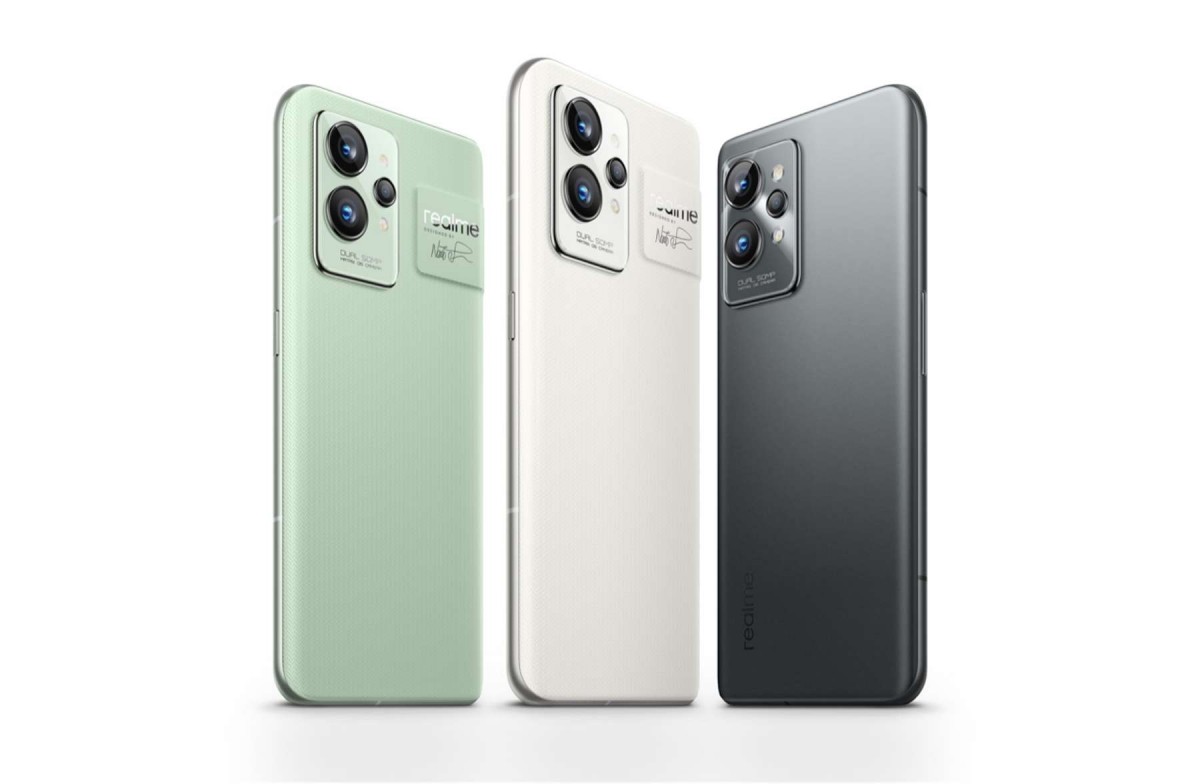 Realme made the decision to cut its carbon footprint with the GT2 series by using bio-based polymer material for the entire rear panel. According to Realme, compared with purely petroleum-based materials, this biopolymer creates 2kg fewer carbon emissions for every kilogram made. The retail packaging is also recyclable and sees plastics reduced from 21.7% to just 0.3%. 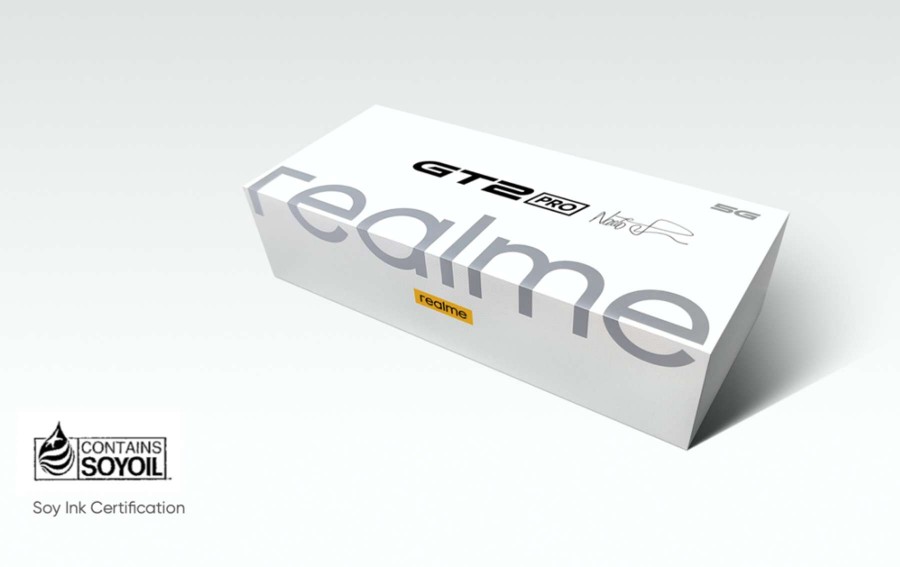 Available with a 4nm Snapdragon 8 Gen 1 chip with 8GB or 12GB of RAM, and UFS 3.1 storage (128GB or 256GB), the GT2 Pro is one of the first to offer Qualcomm's top silicon in Europe. Realme claims the industry's largest heat dissipation area from a built-in 36,761mm2 vapor chamber that can provide a 3°C relief when the chipset is stressed. 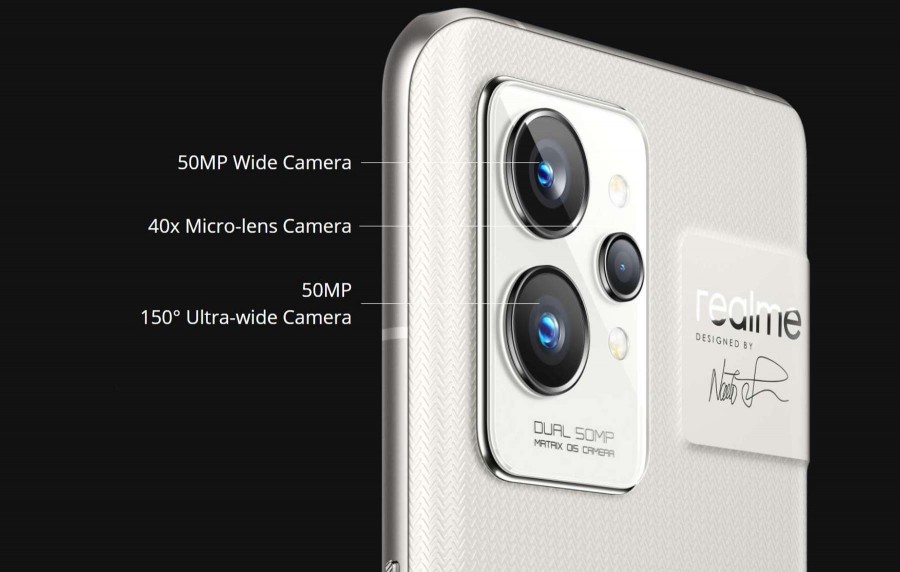 The Realme GT2 Pro has a 50MP f/1.8 main camera that uses a 1/1.56-inch Sony IMX766 sensor with omni-directional PDAF and OIS. There's another 50MP sensor in front of the world's joint-first 150-degree ultrawide camera (the same as the iQOO 9 Pro's), which enables a near-fisheye level of width. The third rear-mounted camera is a 3MP microscope with 40x magnification. There's a 32MP selfie camera. 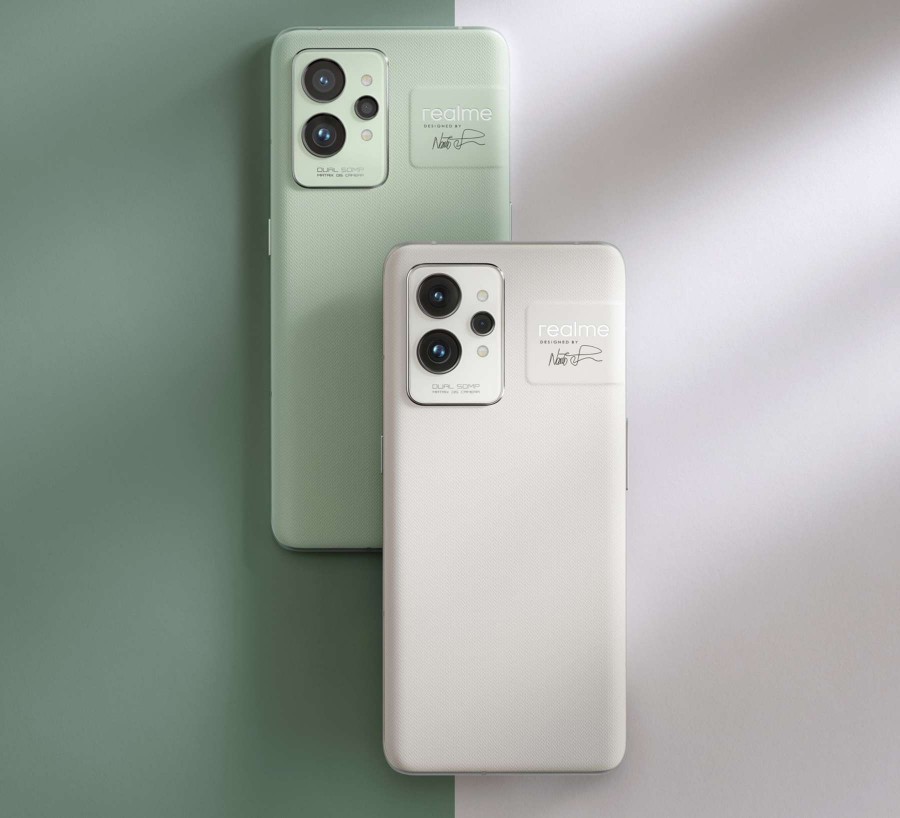 The Realme GT2 Pro's display is another industry leader. It's a Samsung E4 AMOLED LTPO 2.0 panel that stretches 6.7-inch and has a resolution of 1440x3216px. The 1--bit HDR10+ display supports up to 1.07b colors and can ramp up to 1400 nits of brightness. Realme stresses that the panel is nearly flat.

Thanks to its LTPO 2.0 tech, the Realme GT2 Pro can dynamically adjust from as low as 1Hz, all the way up to 120Hz. It's the same tech behind the Galaxy S22 Ultra's display, so it will be interesting to see if it performs the same way (we weren't able to measure frame rates below 24Hz).

The Realme GT2 is a watered-down flagship that uses the Snapdragon 888 chipset and has a slightly-smaller 6.62-inch 1080p AMOLED with a maximum refresh rate of 120Hz.

It retains the big 5,000mAh battery with the fast 65W charging, as well as the IMX766-powered main camera, but lacks the flashy ultrawide and microscope.

The Realme GT2 Pro and GT2 run Realme UI 3.0 with a guaranteed 3 years of OS updates and 4 years of Android security patches. Weekly poll results: the Realme 9 Pro+ may do well with a price cut, the 9 Pro doesn't have many fans

Realme V25 passes through Geekbench ahead of launch

Where an I find it for the early bird price?

Yeah, I see what you mean. I'm working in China but am always a little reluctant to buy realme devices as they are only sold online unlike most other brands like Oppo, Vivo, Xiaomi and Honor. Therefore you can't try their phones in a physic...