Realme introduced the GT Neo 3 150W in March and followed up with the Naruto Edition in May, which came in a funky orange-black paint job and fancy package. Today, Realme unveiled another special edition of the GT Neo 3, dubbed Realme GT Neo 3 150W Thor Love and Thunder Limited Edition.

Realme partnered with Marvel Studios to bring us the GT Neo 3 150W Thor Love and Thunder Limited Edition, which is aimed at young, dynamic, and vibrant consumers. It's basically the GT Neo 3 150W Nitro Blue version which comes in a premium gift box including cards, stickers, medals, and a sim card ejector inspired by Marvel Studios' Thor: Love and Thunder movie released today in India. The smartphone also has a wallpaper inspired by the movie. 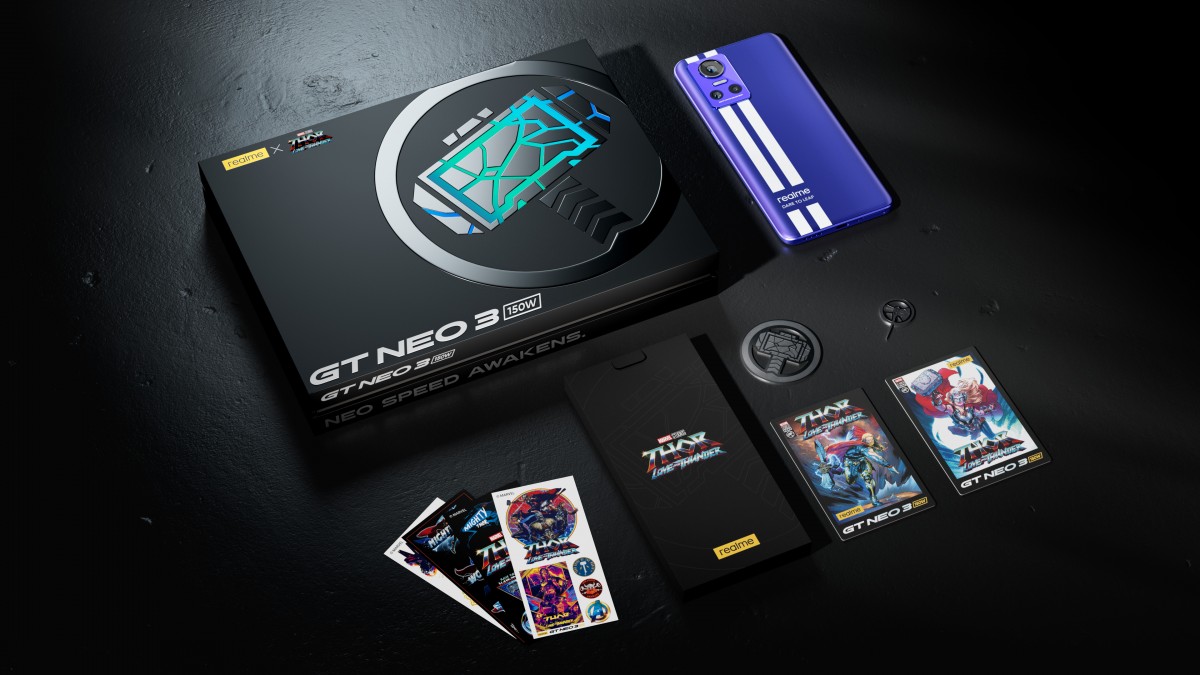 The rest of the specs remain the same, meaning you get the Dimensity 8100 SoC, 6.7" 120Hz FullHD+ AMOLED screen, Realme UI 3.0, 50MP triple camera, 16MP selfie camera, in-display fingerprint reader, and a 4,500 mAh battery with 150W charging. However, the Thor Love and Thunder Edition only comes in a single memory configuration - 12GB RAM and 256GB storage. The good news is that it costs the same as the regular model with the same amount of RAM and storage. 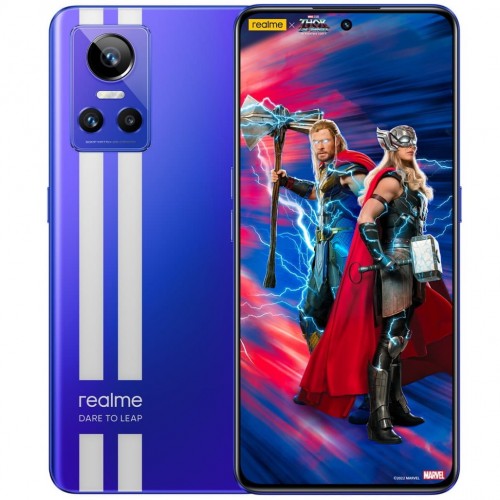 The Realme GT Neo 3 150W Thor Love and Thunder Edition is priced at INR42,999 ($540/€530) in India, but you get a discount of INR3,000 ($38/€37) if you pre-order one through Realme's official Indian website. The smartphone will go on open sale in India starting July 13 through Realme's website, its mainline stores, and Flipkart. There's no word on its availability in other markets.

Don't know what to say, Taste is just a personal thing, if you don't like it don't buy it, right?!?. And about considering the facts, I only heard people state there opinions, but should we not first take a look at the facts for ...

Hahaha. Does this Realme phone get used in the movie or is just a gimmick for people to buy? i think its the latter. Gimmicks to ramp up sales lol.

Curved screen brat, just get one of those millions of curved screen phones. Why raise a stink on something you won't buy? Bet if it had a jack, you'll complain about the hole as well.