Today Realme introduced the X2 Pro to the global audience at an event in Madrid that also saw the Realme X2 and Realme 5 Pro hitting Europe. Along with the new phones, the brand also announced that it now has over 17 million users across the world.

The impressive number of customers was reached between May 16, 2018 (when the Realme 1 was announced) and October 8, 2019, which was last week, meaning the family has grown a bit more since then. During that time, the former Oppo subsidiary introduced over a dozen smartphones, and its aggresive pricing has clearly helped it gain a lot of groun. 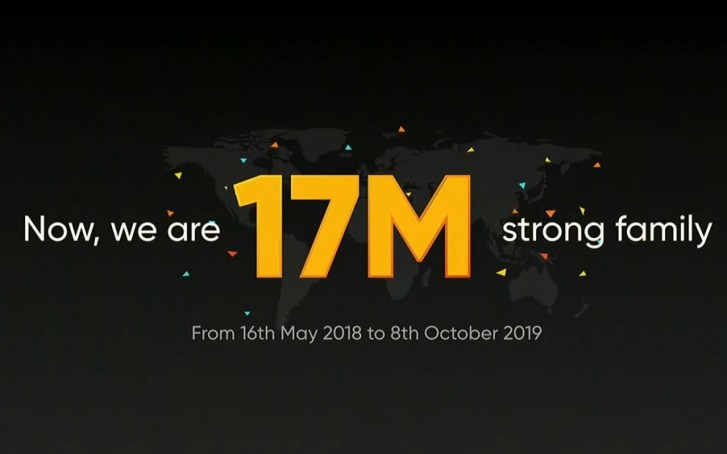 It positions itself as a young and stylish brand that “lets more young people enjoy a happy life, brought by the beauty of technology”.

Still using Cherry mobile Flare S7 and still up and kicking hahaha. but I thing buying now is no good.. =)

congratulations keep giving good updates for phones and other products.