Realme's unveiling event of the Realme 2 Pro produced a surprise as the company ended up announcing a second phone - the very aggressively priced Realme C1. The handset falls into the entry-level segment and it's the cheapest smartphone from Realme yet, priced at just INR 6,999 or $96. 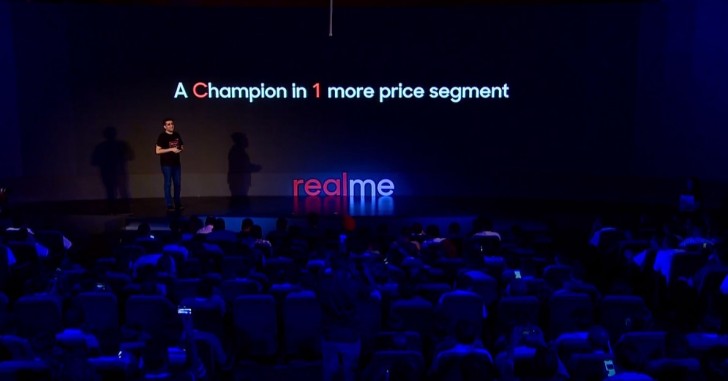 The Realme C1 is essentially a toned-down Realme 2 with less RAM and storage. It comes with the same Snapdragon 450 chipset, 6.2-inch 720 x 1520px notched display and 13MP + 2MP camera combo on the back.

Instead of 3GB/32GB or 4GB/64GB memory configurations on the Realme 2, the C1 settles for 2GB of RAM and 16GB of internal storage. The good news is a microSD card slot is present for cheap storage expansion. 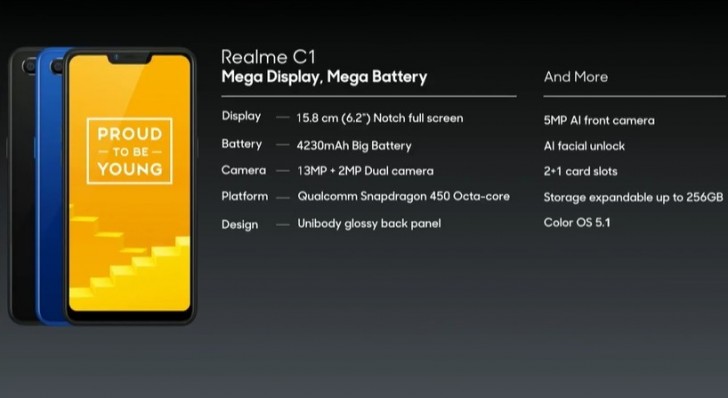 Another difference, although small, is the front-facing camera. The C1 packs a 5MP sensor instead of 8MP, but luckily, it still supports AI facial unlock. The battery capacity remains the same at 4,230 mAh, which is downright impressive for a smartphone priced under $100 and the device runs Android 8.1 Oreo out of the box with Oppo's ColorOS 5.1 on top. 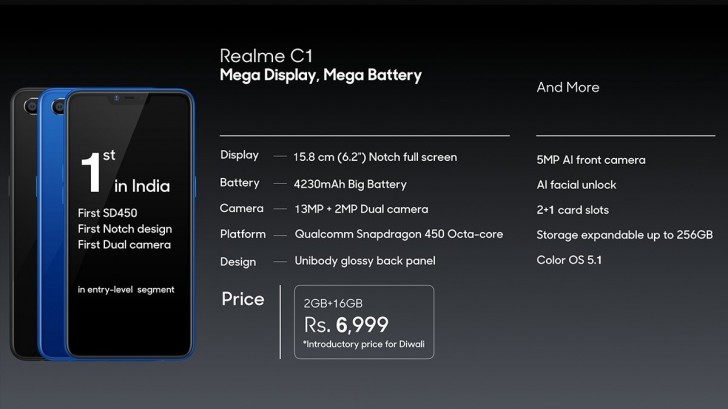 As far as the design goes, you might have already noticed that the handset borrows Realme 2's body but misses on the diamond back and the rear-mounted fingerprint reader. Of course, for the asking price you can't expect premium materials either - the side frame is made of plastic and so is the back panel.

The Realme C1 will be go on sale starting October 11 at 12:00 PM local time exclusively on Flipkart.

Realme 2 and 2 Pro coming to Indonesia

This realme sub brand isn't even available in China. With global smartphone sales stagnating, brands are really fighting over the largest market which still has high growth: India.

You are wrong, aggressive pricing in India is possible because India is far ahead of EU or any other country in the world when it comes to purchasing online. Which helps OEMs to remove all unnecessary 'middle man commission' and deliver the product d...

Anything below 3gb ram and 32 Gb internal is going to run into space problems at some point of time. Increase your budget and get a phone with 3gb ram and preferably 64gb storage to never bother about space issues.