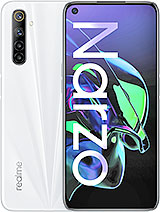 ProCandle729, 28 Jun 2020Go for redmi note 9 pro. It has better performance, less he... moreredmi note 9 pro is of course, more expensive than realme narzo. its a great buy if you're in a budget or last year's redmi note 8 pro (but with lower 64gb storage but you get nfc) they are in the same price range. but don't get redmi note 9 (non pro) because its doesn't match the price to performance ratio like the pro does.

ProCandle729, 28 Jun 2020Go for redmi note 9 pro. It has better performance, less he... moreof course, its more expensive, if you're in a budget, this is a great buy or last year's redmi note 8 pro (since it has nfc and the same processor but with a lower storage). because redmi note 9 (non pro) sucks ass

LilPhone, 27 Jun 2020Heck, realme is releasing many devices on a short timeframe... moreGo for redmi note 9 pro. It has better performance, less heat and cost around RM 1099 for 6GB RAM and 128GB

Is there bloatware? If so, how much?

Heck, realme is releasing many devices on a short timeframe. Their lineup is getting more confused and they seem to be some sort of use-and-dispose phone.

I have mentioned in a post that a Malaysian-owned C3 had a battery explosion but the cause was not mentioned clearly (but overheating is certain).

Yes, they're cheap, but I prefer realme to slow down by not releasing too many phones and improve their reliability. Xiaomi (Redmi) is still better in this respect.

Anonymous, 26 Jun 2020Redmi note 8 pro has the same chipset and one of the best b... moreThere isn't a straightforward answer to this. Certain users get abysmal battery life, but apparently the gsmarena testers got great battery life. Then in some actual video comparisons it was just average at 7 hours. Idk what to tell you.

I looked at the tests from before the gsmarena test, so I suppose I should have done more research myself. Pardon my hypocrisy there. An update might've changed something.

Anonymous, 26 Jun 2020You Labotamite.Do you only compare phones by their chipset?... moreTell me then, where did you hear that the G90T draws less power than the 855+? I'd love to be proven wrong. And LCDs draw more power, so I don't know what you're getting at by mentioning the LCD on the Note 8 Pro. That's only disproving your point. My point is literally that the X2 Pro is more power efficient.

The fact that you're 14 really shows. Both in the inconsistencies in your argument and in your typing. You don't include spaces after periods, commas or question marks. And you rarely use capital letters.

Is it so hard to make a very slow device, with an AMOLED? Like samsung does,a51,a40 etc

joe nodden, 26 Jun 2020The Realme X2 Pro has an SD855+, a 7nm chip. The G90T is a ... moreYou Labotamite.Do you only compare phones by their chipset?Don't get me wrong,the 7nm process is very efficient,buts it's power draw is higher than that of the g90t.the x2 pro also have a range of features like a brighter,more color accurate,90 hz display,and a smaller 4000mah battery that gives it a 94 hour life endurance.the redmi note 8 has a g90t,a worse 1080p lcd,horribly optimised software,and it has a life endurance of 114 hours.so do some research,and then you will realize that the realme narzo will have better battery life then the x2 pro.i'm tired of dealing with people that don't know what they are talking about,and I'm 14.

joe nodden, 26 Jun 2020The Realme X2 Pro has an SD855+, a 7nm chip. The G90T is a ... moreRedmi note 8 pro has the same chipset and one of the best battery endurances around. You are the one who does not know what he is talking about.

joe nodden, 26 Jun 2020I'm calling it now this has garbage battery life. The Redmi... morehi i have an x2 pro with a 4000mah battery and same size, resolution and refresh rate screen. this has amazing battery life, and because the narzo is less powerful and has a bigger battery it should have even better battery life.

Norah C, 23 Jun 2020I am not a fan of IPS displays, but I have to admit that th... moreBud 60 fps at 1080p has been around for literally over half a decade. The Galaxy S5 was capable of it. Why does that amaze you. Pretty much everything in this price range is capable of it.

I'm calling it now this has garbage battery life. The Redmi Note 8 Pro had pretty mediocre battery life, and that has a 200 mAh larger battery and a 60hz display.

Anonymous, 24 Jun 2020The Umidigi S5 Pro is better in a lot of ways,and it is way... moreHmm.. You're right. Liquid cooling and all.. But sadly, they didn't come to my country. Only this Narzo avaible here.