Realme has officially confirmed the launch date of the Narzo 30 series - February 24. An invitation for a digital launch came in our inbox, telling us we’ll see the Narzo 30A, Narzo 30 Pro 5G, and the Buds Air 2 wireless earphones. 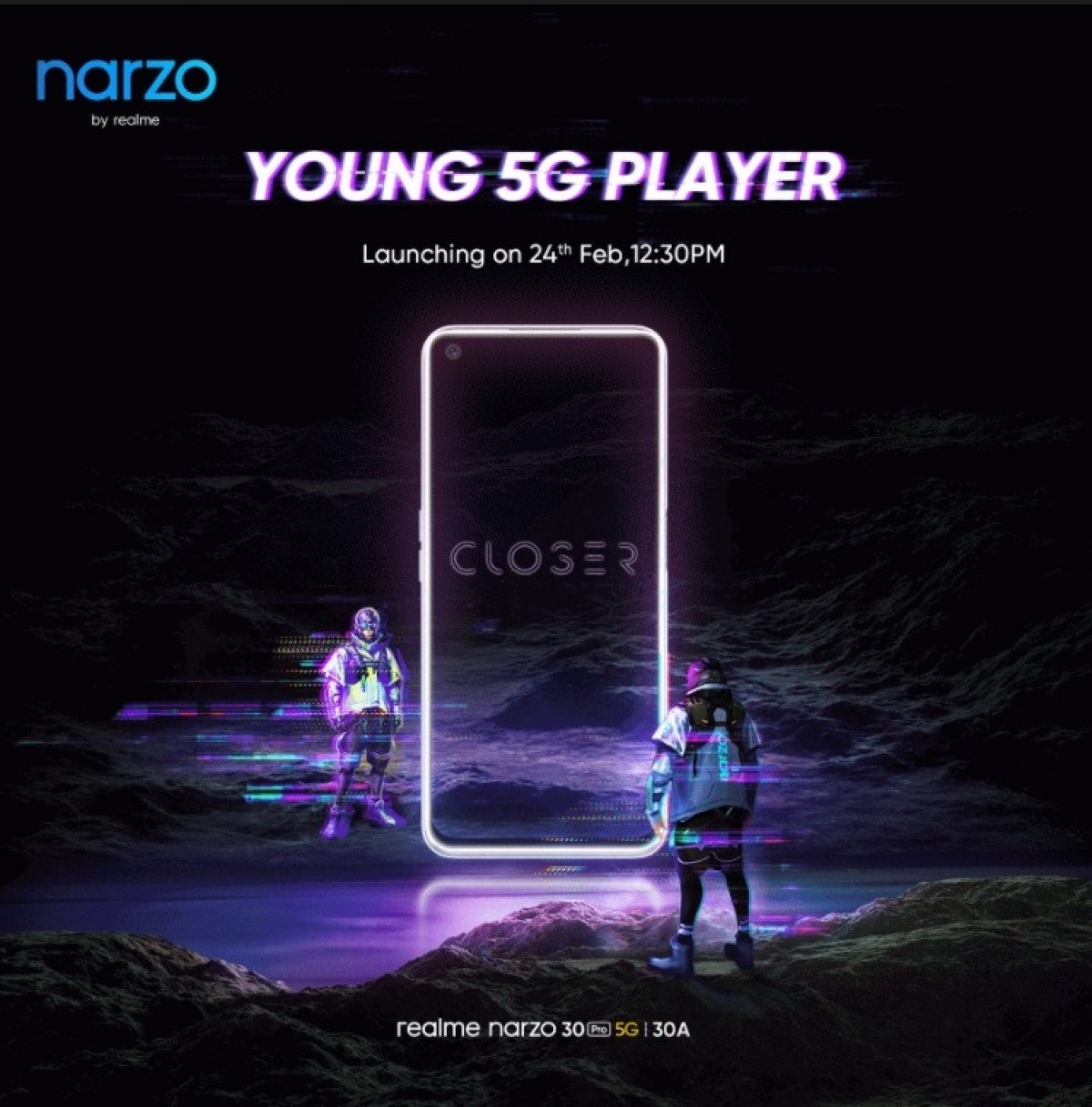 The Narzo 30 Pro will be the first phone from the affordable lineup with 5G connectivity. Realme is touting the device as “the most powerful gaming mid-ranger” due to its Dimensity 800U chipset. The Narzo 30A will be “a powerful budget gaming ninja,” whatever that means, while the new Buds Air 2 will come with “democratized ANC technology.”

Realme’s press message was filled with powerful words like “ultimate power” and “mega speed” but had zero specs. However, we are pretty confident the Narzo 30 Pro is just the Realme Q2 with a new name, while the Narzo 30A will look a lot like the Narzo 20/Realme 7i with three cameras on a square island and a fingerprint scanner on the back.

Next Realme flagship to be the start of new GT series

What's the cost of the narzo 30 pro

Narzo 30a better be under 9k, the design so far like fabulous!

Call it Realme or OPPO or VIVO or One+ or iQOO or just BBK if one wants to keep it short. But so far as price conscious markets like India, where they keep getting buyers ( who think it to be a brand new phone) this headache is not going to end ...