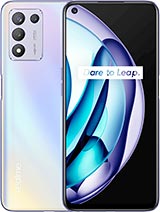 Give me this phone with NFC, stereo speakers and FM radio, and I would buy it.

Again some top features ruined by far less performance, you will notice it struggle in heavy tasks and gaming, over heating. Weak cpu and gpu. I suppose though cheap.

Dudenoway, 16 Oct 2021I just mentioned some sd 8xxx series phone for 300 euro 😑yeah I saw that, these phones do come out within that range but it becomes about 350-400 when they arrive in my country. For example poco f3 is about 350 and gt is about 380 but available unofficially, means xiaomi hasn't launched them in my country, it is available through unofficial channel and last month, our government just closed all unofficial phone. I need a phone to be around 200-220 euro so that by the time if it ever launches in my country I'll be able to get it as my budget is 260.

Dudenoway, 15 Oct 2021Sd 778g is still far behind. U can find a miles better sd 8... more800 is put into flagship phones and obviously, it would increase the price and no longer be a midrange, I'm not into gaming, so the 700 series is good enough to be a good midrange with good pricing.

Blackhole, 14 Oct 2021I did include a stabilizer for camera sensors. And, persona... moreAnd that *DARE TO LEAP* sign is accurate since realme won't dare to leap with that humongous sign thta everybody hates.

Blackhole, 14 Oct 2021I did include a stabilizer for camera sensors. And, persona... moreI didn't actually mean eis it was spelling mistake.

Blackhole, 14 Oct 2021I did include a stabilizer for camera sensors. And, persona... moreSd 778g is still far behind. U can find a miles better sd 870 pco f3 or if ur focused on gaming then pco f3 or poco f3 gt sinc eit has gaming triggers is best.

Baddroid, 14 Oct 2021Would've been perfect with AmoledAmoled will see it in ::::Realme Q3s Pro

for those who asking for faster charger...this is just Rumor...i mean 18W

_anyway i like to see this one with 155MM TALL

Dudenoway, 14 Oct 2021No ultrawide eis big dissapointment tho and sluggish chargi... moreI did include a stabilizer for camera sensors. And, personally, I don't mind a slow charger, for me, 18W is enough. You gotta compromise somewhere.

FatShady, 14 Oct 2021why did they stop giving the 20w vooc charger with their phones?U mean 30w dart charge

Best spec for any midrange phone IMO...
.
Display: A good IPS LCD (Better than shoving cheap quality Organic panel for the sake of providing organic panels just caz the color looks KOOL 😲)
.
Protection: Gorilla Glass 6 / 5. [ 3 (If they really need to cut costs)]
.
Resolution: at least 1080p
.
OS: Latest Stable version of Android + Company can put their own UI if they want.
.
Chipset: Snapdragon 700+ (Company can release 4G & 5G variants if they want)
.
GPU: Adreno 600+
.
Dedicated Card Slot: Yes + Dual Sim Card support.
.
RAM & ROM : 6GB + 128 GB (UFS 2.1 at least ). [Company can release higher RAM & ROM variant if they want]
.
Camera: 48 MP (Main) (I'd rather they provide genuine 12 MP, they're pixel binning anyway so don't get why they use the big amount to advertise, kinda funny IMO)
8 MP (Ultrawide) + 5 MP Macro (2 MP is useless tbh) + 2 MP Depth
.
Image stabilization for acceptable quality recording, doesn't have to be stunning nor absolute crap.
.
Selfie: 12 / 16 MP (If they're pixel binning, I'd rather they provide 6 / 8 instead)
.
Sound: Stereo Speaker
.
Battery: 5000 MAh
.
All the specs I listed are the key aspects of a phone, I didn't exclude anything that comes into a phone normally, these are just the ones that a phone needs to have to be an ideal midrange and be a bestseller midrange. I don't get why companies don't implement these. This is just my opinion, b4 you bash me for not including organic panels (OLED, AMOLED, SAMOLED), I'd rather have a good IPS that lasts for a long time than have cheap quality organic ones that has a very short lifespan and are susceptible to damage due to slight pressure.