Realme is celebrating one year since its arrival in China with the launch of the Realme X. A company executive revealed that the brand now has over 35 million users across the globe, and for that, it will celebrate with a new phone launch on May 25. 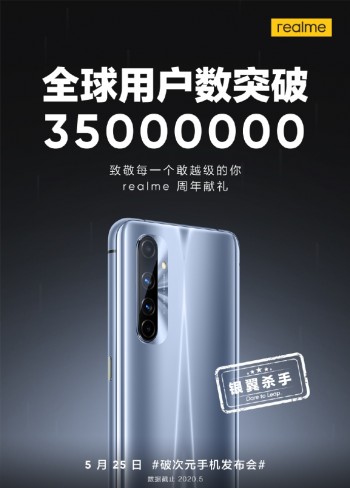 The phone is codenamed “Blade Runner” and it will likely be a gaming handset with massive software and hardware boosters to increase the performance. This unique phone will be “an anniversary gift” and will be “the ultimate surprise”, according to Xu Qi Chase, Chief Marketing Officer at Realme.

Speaking about the phone, we see it will have four cameras and pretty basic appearance, which means this isn’t that mysterious Realme phone that was spotted earlier this year. The new device is likely a spin-off of the X50 Pro 5G with an updated UI and probably a Snapdragon 865 or Snapdragon 768G chip.

That is not an entry level or lower tier mid ranger

I bought Realme X2 Pro from https://www.powerplanetonline.com/ and I live in Croatia.

I am using X2 Pro for 3 months now, and I have no problems with it.