Realme has always been open about its heritage as a company - it is a separate brand, but is using the know-how and R&D of Oppo to build better phones for the younger audience, as the CMO Xu Qi Chase once told us.

After yesterday’s announcement that Oppo is planning to introduce 125W fast-charging solution, today the Realme account on Weibo said it will also introduce a 5G smartphone with “Super Flash Charge”. At the very same time, Chase posted the same image on his personal profile with the text 1111101 which is 125. 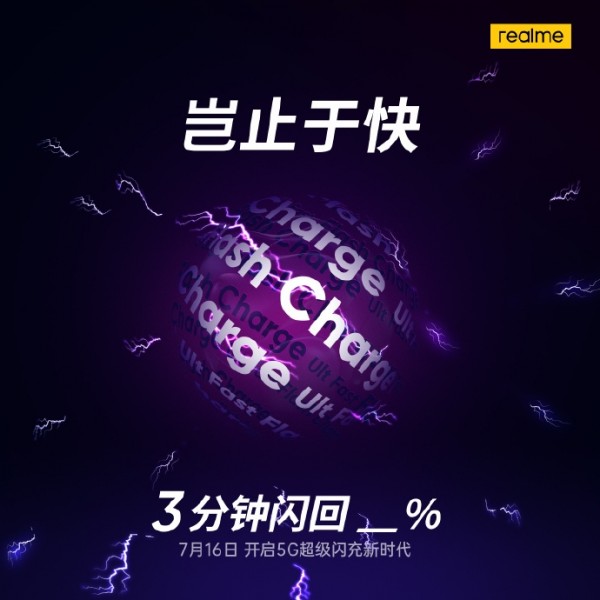 Realme smartphones tend to stay away from the VOOC and SuperVOOC branding, and the current flagship X50 Pro 5G comes with 65W charging that has its own name - SuperDart Flash Charge, albeit it works exactly like SuperVOOC 2.0.

Yesterday vivo’s iQOO revealed its own understanding of triple-digit fast-charging, giving us a sneak peek of how the smartphone companies are increasing the charging speed without putting too much power into the phone - the charger separates the current into two smaller equal halves, filling up two separate cells.

Realme's next fast charging tech might be called SUPERDART

True question is not how many companies will adopt 120 or above charging sticks but how many of them we will actuualy sees in box with the phone. Apple and Samsung are going to exclude chargers. Note 10 supports up to 40W charging but in the ox...