That was quick – Realme is already recruiting long-term beta testers who will try out Android 11 on the X2 Pro. You read that right, Android 11, which isn’t even officially in beta yet as Google pushed it back to a June release.

The lucky 100 who get picked will experience more than the latest version of the mobile OS, they will also be testing unreleased features of the Realme UI. If you want in, you have until May 18 to sign up (check the Source link for more details). 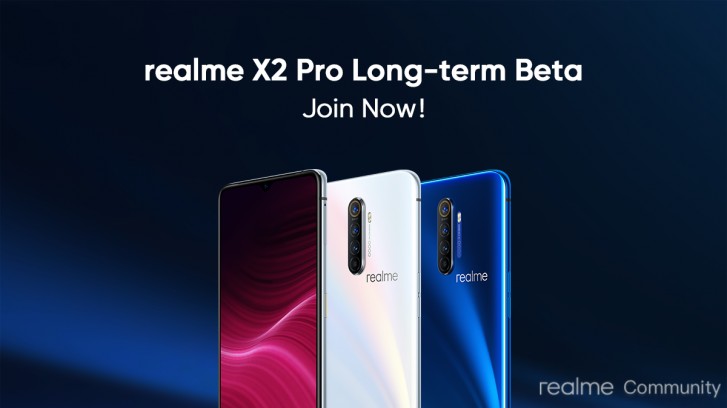 The beta program will last a full year, but that doesn’t necessarily mean that the other Realme X2 Pro owners will have to wait until 2021 to get the update. When the company recruited beta testers for the Android 10 update for the phone, the testing started in November 2019 and the update was released in April this year.

The company hasn't officially announced when the stable Android 11 update will arrive, that will be unveiled later. Still, the X2 Pro will be one of the first phones to get the new OS version, well done Realme.