Realme has been teasing a Snapdragon 730G-powered phone coming to India for a while now and according to speculations, it was supposed to be the Realme XT 730G. Now, a tweet from Realme India CEO Madhav Sheth confirms that the device will actually arrive as the Realme X2. Another teaser also shows there’s also going to be a limited edition Star Wards version of the device but there's no info on its availability yet.

Starting today, the company is also hosting a Booster sale which requires an INR 1,000 deposit which guarantees a chance to buy the Realme X2 at launch. This offer is valid until December 16 and also comes with an INR 500 discount on the phone. Those who participate in the Booster sale event will be getting their devices from December 17 onwards. 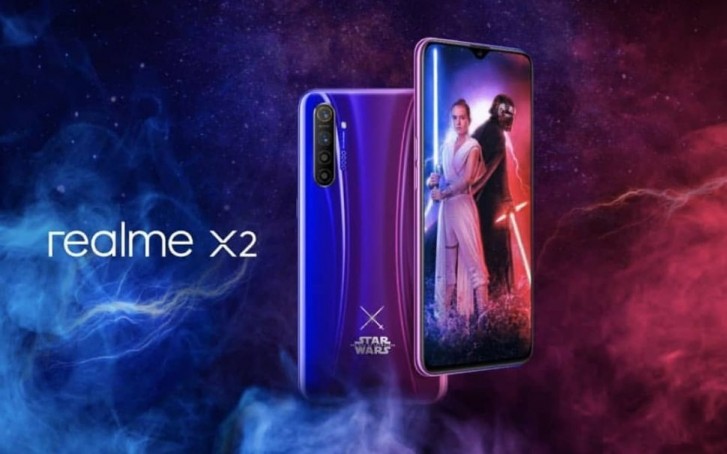 Realme X2 arrives in Avocado Green color, gets a slight discount in China

That's always the deal-breaker for me. This is the reason I don't buy Realme, Huawei, Honor, Samsung, etc and also phones with MediaTek. I would've bought RN8 Pro if it was released with a SDM chipset.

it also has nfc and faster charging, more features than XT