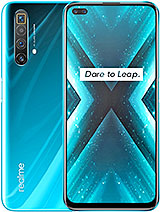 Simply no point of having ips at this price

Just my 2c, OLED is a "gimmick" in that it's a holdover until microLED becomes affordable.
The fact that burn-in remains an issue (babying your display is not an excuse) and some people can't handle PWM dimming (on Samsung phones, since OnePlus apparently have DC dimming) means that OLED just isn't the answer.

Anonymous, 28 May 2020Anyway oled is a gimmick and side-mounted figerprint is one... moreoled is definitely not a gimmick, I don't know where you've inferred that from.
read about the difference with LCD

why would you view your 5x zoom pics on a less lively colored panel?
also the dual selfie cam fits better in Oled. otherwise it has black halo of the LCD dual is just twice the size of it.

First of all phone design is considered, the specification are seen later on but a phone has a pathetic design then specifications has no worth...

Realme Should a good designer for its mobile phone... Bcz All of the realme phones have the same design which pathetic..

userbenchmark, 28 May 202060x digial zoom means just cropping the picture 60 times an... moreyou're wrong, its actually 60/5 = 12 times cropping as its in combination with 5x optical zoom

Anyway oled is a gimmick and side-mounted figerprint is one of the best kind of fingerprint sensor.

Dominique, 27 May 2020Have you tried using the 6 PRO? I'm still undecided between... moreSorry, no. I'm more of an iOS guy but I sometimes comment on Android phones.

The spec sound reasonable but where is the 5g?

Anonymous, 26 May 2020If I understood correctly, there is no optical stabilizatio... more4k 60fps means no stabilization
but it does support EIS so you can record stabilized videos at 1080p