Realme currently has six smartphones under its X series and it seems the company will soon expand the lineup with the X3 SuperZoom, that has popped up on Geekbench and has bagged a few certifications.

The Realme X3 SuperZoom, bearing model code RMX2086, has been certified by NBTC and EEC. It has also been listed on Bureau of Indian Standards' (BIS) website, hinting at an imminent launch. 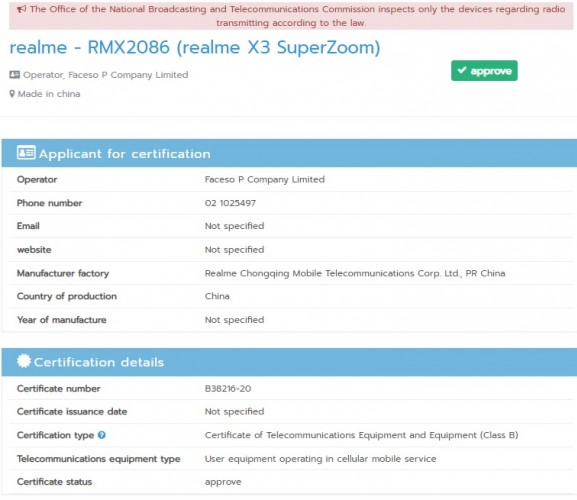 The listings on the certifying authorities' websites don't reveal any specifications of the X3 SuperZoom, but thanks to Geekbench, we know it will run Android 10 out of the box and have 12GB RAM.

The benchmark database lists the motherboard as "msmnile", which corresponds to the Snapdragon 855+ SoC. It's the same chipset that powers Realme's 2019 flagship - X2 Pro. 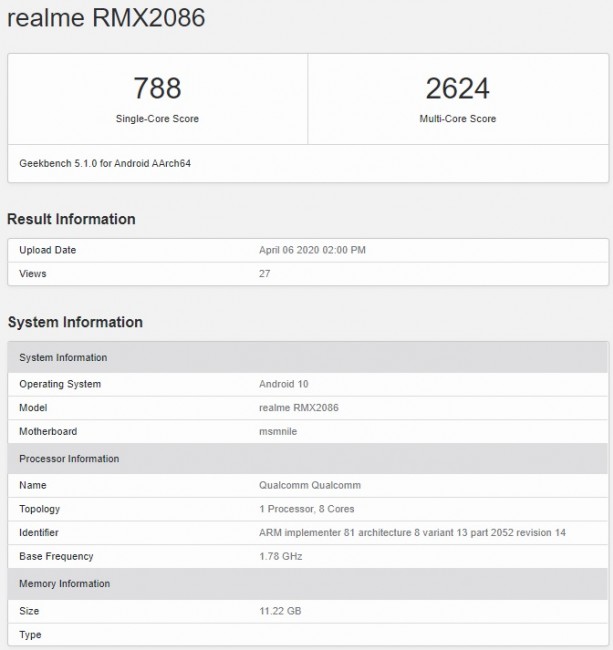 Geekbench doesn't reveal any other specs of the X3 SuperZoom, but the name suggests it will come with a telephoto camera and may offer more than 20x zoom which is what the current Realme flagships offer.

We'll likely see a regular X3 as well, which may skip the telephoto module.

If they are going the same strategy as X2 Pro, it's still 30W per battery. The phone has battery split into two separate units, so effectively it's 60W, but per battery it's still 30.