The Realme X3, X3 SuperZoom and Realme TV are all products that have been confirmed to exist one way or another so the latest news about those three is more of a sign that they will launch pretty soon. All three devices appeared on Realme's official support page but have since been removed. 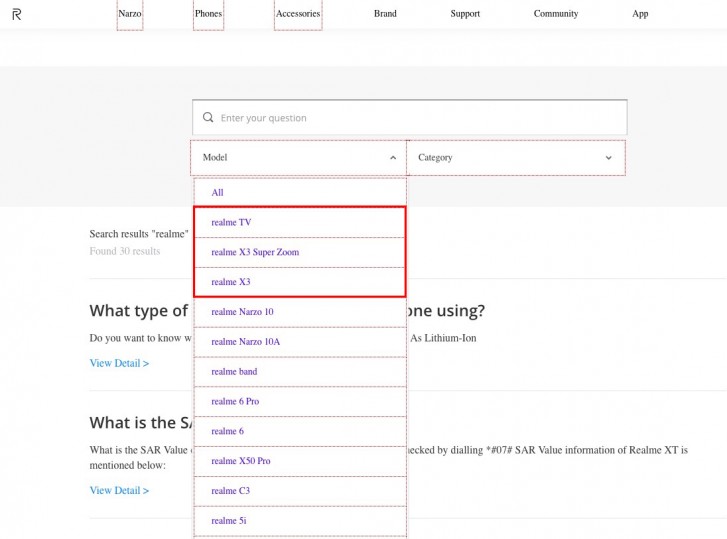 About a month ago, the remote control for Realme's smart TV stopped by Bluetooth SIG, while the Realme X3 SuperZoom was recently teased by the company's CEO. The X3 lineup will likely be a hardware refresh with enhanced camera capabilities, hence the SuperZoom name.

We won't be surprised if Realme comes out with announcement dates very soon. And likely, all three will launch together. We'll update you once Realme shares the date.

Realme creats hype but it can not fullfill the expectations...realme good for nothing..

Real me atleast comes up with periscopic lens. Xiomi is too costly xiomi is launching new laptops but india still no see. God knows what each company is upto. Realme should have opted for affordable 65, 75, 82, 98 inch tv too. Larger displays gets br...