Realme introduced its first flagship called X2 Pro earlier this year, and it came with the Snapdragon 855+ chipset and plenty of other premium specs. Now, the company is aiming even higher and will introduce the Realme X50 5G very soon, the CMO of the company revealed on Weibo.

The post by Xu Qi Chase also has the outline of a phone, and we can spot two cameras in the upper left corner in what appears to be a punch hole in the display. This means the X50 5G will be not only the first 5G-enabled phone of the brand, but also the first one with a hole in the display. 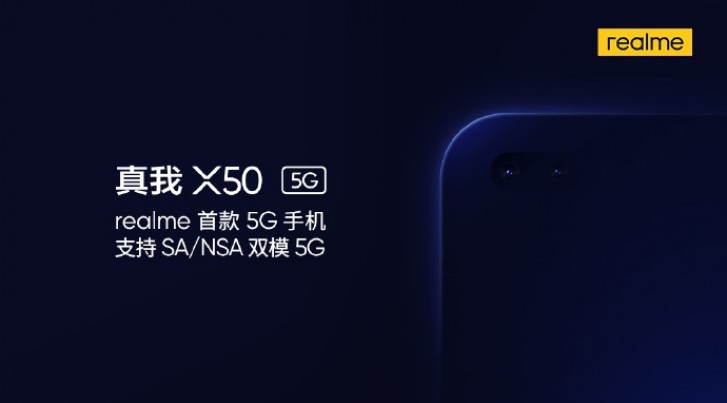 While the jump from X2 to X50 truly is intriguing, Chase explained the logic behind the name. X stands for the X lineup which is the pioneer series with all the new technology that Realme is implementing, 5 represents the incoming 5G generation of smartphones and 0 is for new beginnings - much like the 5G-enabled future of the mobile phone business.

The Realme X50 5G will work both on standalone and non-standalone 5G networks, which means easier transition and broader coverage of the next-generation connectivity. Realme is yet to reveal more about the smartphone, including any time frame for its launch.

Realme will launch 5G smartphones in 2019

Realme X2 Pro will get ColorOS 7 beta on December 18

That's why I chose budget phone this year and save more for 5G phone on next year or two.

They might have named it because of X50 Modem