Chinese phone maker Realme is hosting a global launch event at Mobile World Congress (MWC) later this month, where it will unveil a new 5G flagship, which is now confirmed to be called the X50 Pro 5G.

This confirmation comes from the company CMO Xu Qi Chase through Weibo, where he posted a screenshot of the X50 Pro 5G's About Phone section, which confirms a few specs. 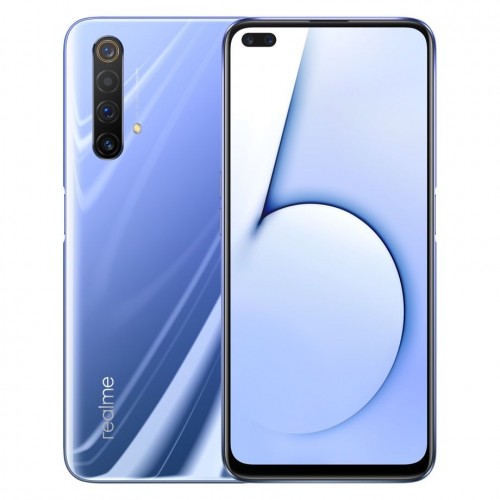 This is the Realme X50 5G that was announced last month

The X50 Pro 5G, bearing model number RMX2071, will be powered by the Snapdragon 865 SoC and run Android 10 with Realme UI on top. It will come with 12GB RAM and 256GB storage, but it will likely have more memory options that are yet to be confirmed.

The 5G flagship will come with NFC and support dual SIM as well, but it's unclear whether it will have a microSD card slot since the company's first flagship - X2 Pro - doesn't have one.

The snapshot also reveals that the X50 Pro 5G will sport a display having a punch hole in the top-left corner for the selfie cameras, and checking its resolution reveals the phone will pack a FullHD+ panel.

Alongside the X50 Pro 5G, Realme will also unveil its first smart TV at MWC. We should hear more about these products as we inch closer to the launch event.

Any information about the price in EU? This year I will change my phone and I really like the x2 pro. But if x50 pro will come about at the same price with x2 pro, why not a x50 pro? :D