Realme is going back to its roots and is relaunching the brand in China, announcing the Realme X. The Oppo subsidiary posted on Weibo the official launch date - May 15, and there will be also a lighter version of the device, called Realme X Youth Edition or Realme X Lite as usually translated.

The announcement also stated the phone is available for reservations at plenty of online retailers in China, such as JD.com, Suning, and TMall. The official launch is taking place in Beijing and was announced with some futuristic cyberpunk art, where all the billboards are saying “realme X”. We will also be at the event to see what all the fuss is about.

Realme already posted a teaser, introducing the official tune of the company. The video showcased a smartphone with an elevating selfie camera, meaning we might see a device, similar to the Oppo F11 Pro. The phone is codenamed RMX1901 and is likely to have a dual camera on the back and blue gradient color. 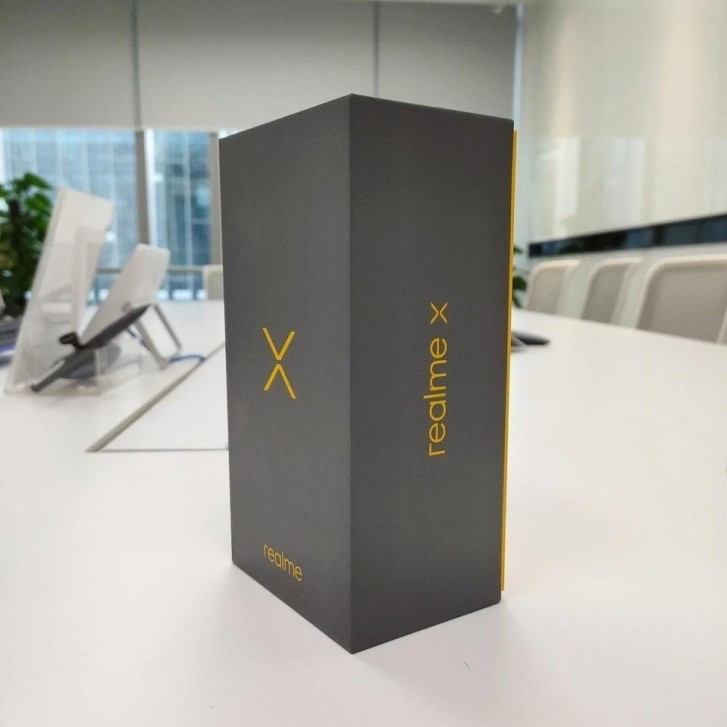 We also received a tip in our inbox, with a photo of a retail box of the Realme X. It looks like all the package of the Realme U1, Realme 3, and Realme 3 Pro, so it's most likely the image is the real deal.

Sound like redmi, iit is kind refmi copycat to compete head to head