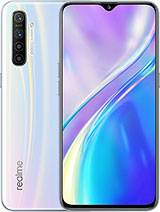 Abhi1210062, 31 Jan 2022And what about bettry lifeI've had this phone for just shy of two years now, and I can still get a full day out of a single overnight charge with a decent amount of use including internet browsing, video streaming both data and wifi, and phone calls.

Finally i have got android 11 and realme ui 2.0

Anonymous, 30 Oct 2021Poor gaming experience for ML players like me. Only good fo... moreI don't know with you guys but I don't rrally have any trouble with a lot of games at all. Everything is still so smooth. I love it. So worth my money.

mazmex, 18 Nov 2021for me using this phone almost 2year is great.. no lagging,... moreyeah never update to realme ui 2.0 its worst it terms of ram management

Anonymous, 30 Oct 2021Poor gaming experience for ML players like me. Only good fo... morefor me using this phone almost 2year is great.. no lagging, not slow as u guy said.. i know its not the best but come with value of price its best for me. but now im dilema is it i need to update F.03,, lil bit concerned bout ppl haing trouble with it.. :(

Poor gaming experience for ML players like me. Only good for casual gaming and RPG games like FGO. Don't buy phones that are same range as this phone. Those on that range will face slow loading. Camera for this phone is very good. Overall, ok to use but use it at risk

Not good for gaming after 1 year and 10 months because processor is damn slow. Camera still can do anything in pristine condition. Overall, don't buy processor that start with the same number as this phone. Buy 1 level higher

I've been using the phone since March 2020 and as of Oct. 2021 its still working as expected no slowdowns and still smooth experience

Last realme update, the Worst investment I've done this flagship from them and they delayed the Android 11 update so that they can justify not upgrading this to android 12. They release the phone on android 9 in where they can release the phone in android 10. 1st and last realme device UI is shitty anyway lots of issues that won't get easily fixed.

Just updated to Android 11. I am from India..feel a few changes in UI..but UI does not feel smooth have some jitters here and there..

So is Realme really going to update the XT to Android 11 or not?

False advertising if they don't deliver by the end of August.

Dan-dan5, 17 Jul 2021Same. Realme is so slow with their major OS updates because... moreSame here too. I'm still waiting and hope it arrives soon. I have the RMX1921 version (think is the global version)

Darren, 14 Dec 2020Did the camera using quasbayer? I searched on google many p... moreActually, All the Huge Megapixels on their specs is TRUE, the 12-16MP because of interpolation from the huge MP, example: 108MP TetraCell Samsung can capture standard 108MP and interpolates to stunning and detailed 12MP than just a standard 12MP sensor, or Lossless Digital Zoom near optical due to interpolation sensor

ADR, 02 Jul 2021Still waiting for a stable android 11 update. Same. Realme is so slow with their major OS updates because of mismanagement of their model portfolios.

There are a lot. Promises for older models get neglected because they keep on churning up new phones.

I am losing hope and interest.

I've Been using this phone since March 2020, As of June 2021 (1year 3mos) Phone is still amazing and working great. Didn't feel any slowness with it. Still great phone