Realme's latest teaser is a dig at Apple

Realme is bringing the first Android smartphone with magnetic charging on August 3, and with that, it will also announce the MagDart, its own magnetic wireless charger. Our exclusive leak revealed an absolute unit of a charger, but now we expect to also see a thinner solution similar to Apple's 15W MagSafe.

Realme CEO has posted two teasers on his Twitter page, taking a dig at Cupertino. Madhav Sheth has said the MagDart would be 440% faster and thinner, without specificing the reference point. However, MagSafe is the only popular commercially available alternative so it's clear that it's in the focus. 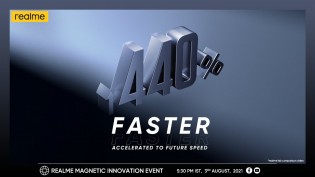 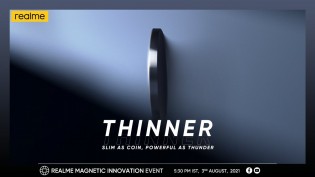 This is the first time we see a confirmation of the leak from earlier this month that there’ll also be a thin variant. However, it would be unreasonable to assume the 440%-faster charging speeds are for the tiny charger - more likely, they are for the larger and not quite so elegant version that we showed it and that appears to have fans inside. 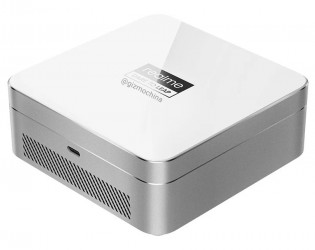 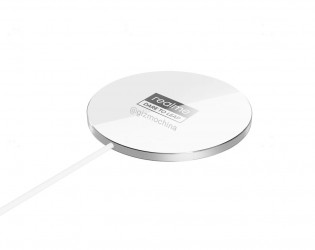 Bringing such a fast wireless charger would be a massive success for Realme because there aren’t any companies that offer such speeds globally. Xiaomi is the only company that offers a charger as fast as this - a 80W wireless charging stand, sold only in China, while other competitors like Huawei and Oppo are capping out at 50W.

Realme working on a MagSafe alternative of its own, it's called MagDart

Just accept the defeat, you'll get more respect if you admit you were wrong

Obscure app?? It's literally there on the playstore. You were so confident that you can't change it without root, weren't you? Now you completely ignore the reality... Lol typical iboyz... No wonder people want nothing to do with t...

So, it's not a feature of every single Android OS (which would actually make it a part of an Android) and you have to instead use some obscure app literally no one knows about that happens to support it through some setting no one knows. In a fl...