It was back in July last year when high-end professional camera maker Red announced plans to come up with a smartphone - dubbed Hydrogen One - that'd be modular and sport a holographic display.

The phone, with a starting price tag of $1,200, was first slated to arrive in Q1 2018. Then it got delayed to sometime in summer, and now, the company has confirmed the launch has been set for August this year. 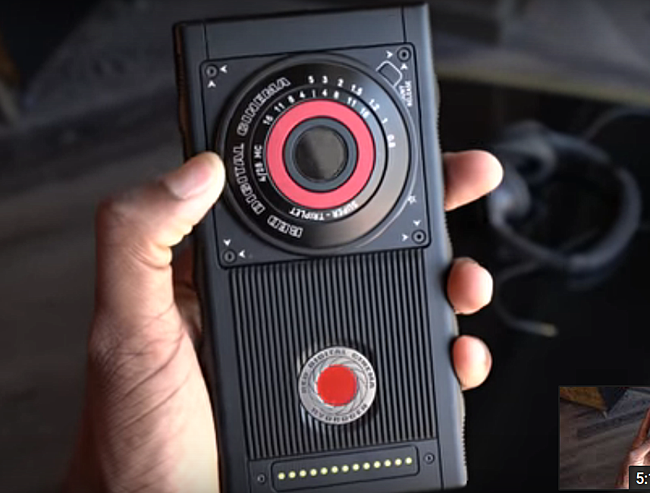 Red founder Jim Jannard broke the news in a forum post last month, effectively saying the delay was caused by some last minute changes. He revealed the company has added real-time 4-view video capture capabilities to the handset.

That lets you "move your head to look around and behind objects you see using the phone's holographic screen".

Incorporation of this feature means the phone now comes with two camera modules - one at front and other at the back. Earlier, there was only one, rear-mounted module.

Jannard also says the delay will help the team launch the phone simultaneously at multiple carriers. The phone will be on showcase at RED Studios on May 19. "Preorders will still ship well before launch… with the 'cookie' promised," he added.

Hydrogen One is a $1,200 smartphone that's modular and features holographic display

Red Hydrogen One hitting US carrier(s) this summer

I hope they upgrade the internals

This IS interesting. I got bored with the same looking phones and copy pasted features. I'm waiting to see it's camera in action.