Xiaomi announced its latest version of MIUI at the launch of the Mi 9 Pro and Mi Mix Alpha and now the Redmi 7, Redmi Note 7/7 Pro and the K20 users in China are receiving the new firmware. 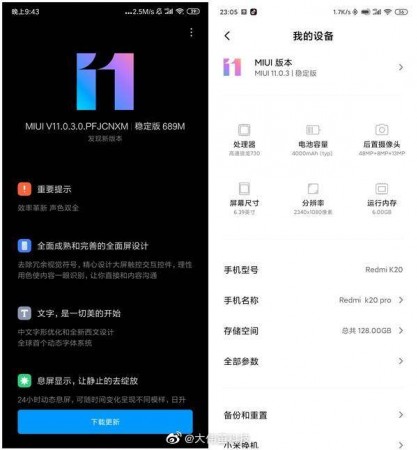 MIUI 11.0.3 for the Redmi K20 comes in at 700 MB while MIUI 11.0.1.0 for the Redmi 7, Redmi Note 7 and Note 7 Pro also brings the September security patch. MIUI 11 is a fairly big overhaul with refined visuals including a system-wide dark mode, new dynamic sounds effects and alarms as well as the Mi Go Travel and Mi Work suites. 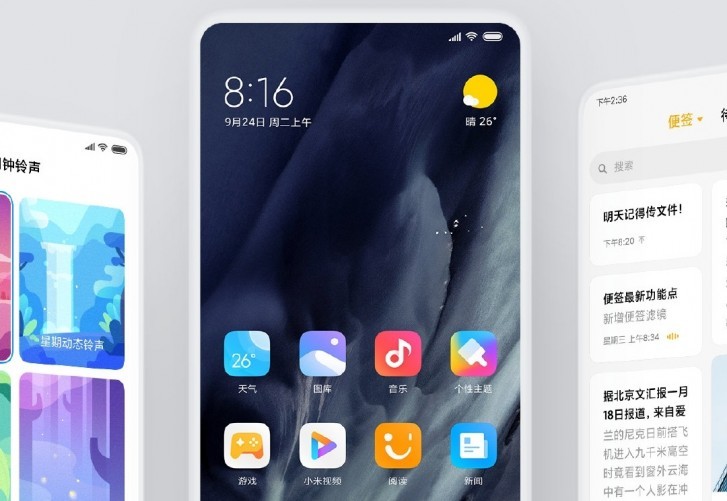 Naturally, the Chinese version of MIUI 11 comes without Google services as is the norm in the country. International users will get their update at a later date, but hopefully it's not too far away now.

As previously confirmed by Xiaomi, we should expect a lot more Xiaomi devices to get MIUI 11 in the coming weeks.

Source (in Chinese)| Via

Please will my redmi 7 get android 10 And can someone also tell me if miui 11 brings in android 10?

I got miui 11 in K20 but the android version is same pie.