Xiaomi announced a major milestone for its Redmi 8 series smartphones which now has 19 million shipments globally. The 8 series accomplished this in less than a year thanks to 4 devices in total. The first member to arrive was the Redmi 8A back in September of last year. After that came the vanilla Redmi 8, followed by the 8A Dual and 8A Pro from earlier this year. 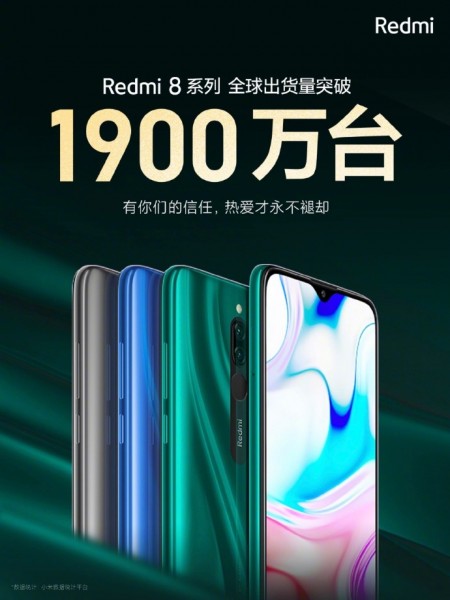 The new figures solidify the Redmi 8 series among the best in the entry-level segment. Known for their competitive prices and decent specs, the Redmi 8 models proved a real winner for Xiaomi.

Next in line is the Redmi 9 series which already debuted with the Redmi 9 in Europe earlier this month and is scheduled to arrive in China and more Southeast Asian regions soon. Only time will tell if it can match the success of its predecessors.

Thats good news because xiaomi has not available in sri lanka from 3,4 months.

Lol. Google "Google antitrust law suit" and "Google spying". Don't just look at the Chinese, the US does not care about your privacy either.