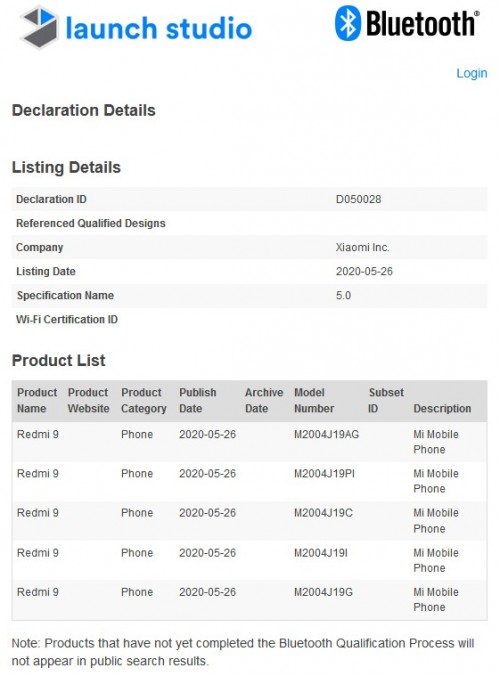 The Redmi 9 carries a model number of M2004K19AG. The Bluetooth certification shows support for Bluetooth 5.0 and will arrive with MIUI 11 software based on Android 10. Products that are certified for Bluetooth normally go on sale within about a month, so we can expect the same for the Redmi 9. 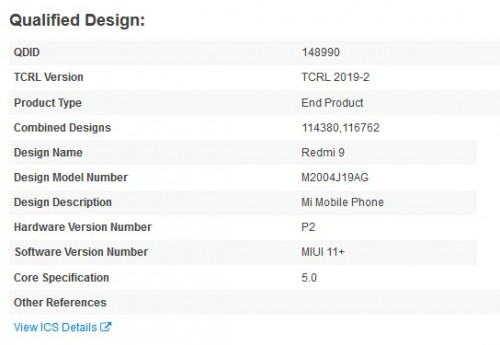 Other rumored specs for the Redmi 9 include a 6.6-inch display and a quad-camera setup consisting of a 13MP main camera, an 8MP ultrawide, a 5MP macro camera, and a 2MP depth sensor. The base model will come with 4GB of RAM and 64GB of storage.

5,000mAh battery for the Redmi 9 confirmed by FCC docs

Redmi 9 shows up in a live image, quad camera for the masses

Dead on Arrival, that's for sure... If Xiaomi doesn't launch Redmi 10X lineup until at least 3 more months, this phone might sell, but with Redmi 10X launch imminent, people will wait for that one, as that lineup is truly masterpiece. What'...