Redmi Go with more storage is coming soon to India 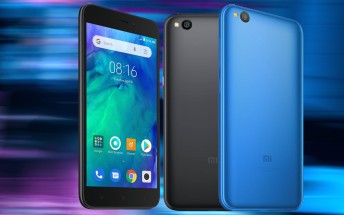 The Redmi Go has two storage options - 8GB and 16GB, but in India customers only get the 8GB version. However, the company has now announced that it will soon bring a new variant to India with more onboard storage, and it could be the 16GB model.

Redmi has shared a photo on Twitter with the text "Zyada space = Zyada photos" which translates to "More space = More photos." Redmi doesn't explicitly mention the Redmi Go, but the use of the hashtag #ApkiNayiDuniya (translation: Your New World) makes it clear that Redmi Go with more storage is coming soon to India. It's the same hashtag that Redmi used to promote this entry-level smartphone in the country.

The Redmi Go is powered by Snapdragon 425 SoC which is paired with 1GB RAM. It's built around a 5-inch HD display and runs Android 8.1 Oreo (Go Edition). The Indian variant comes with a dedicated slot for microSD card which allows storage expansion by up to 128GB.

Of course not, this site provides an unbiased view so it is not run by any company.

16GB ROM+1GB RAM is good for GO edition, they should also make a 32GB ROM+2GB RAM option to.Yet I am not sure it would be able to be a GO edition phone with such specs... OwO

Realme V5 arrives as the cheapest 5G smartphone up to date