Redmi Go nearing a launch in the Philippines

Redmi Note 7 arrived as the first device by Xiaomi with 48 MP camera and now another first for the company is coming - the first Android Go phone. It was teased by Xiaomi's Philippines branch and according to one source, it will be called Redmi Go. Leaked specs suggest 5” screen with regular HD resolution, Snapdragon 425 chipset and Android Oreo (Go Edition) OS. 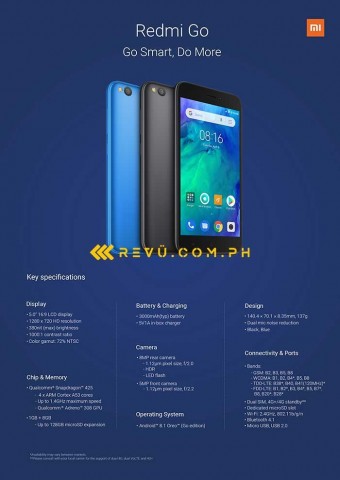 According to the leaked poster, the Redmi Go will have all the basics - 1 GB RAM, 8 GB storage, microSD slot, 8 MP rear camera and 5 MP front-facing shooter. It will have micro USB and a 3,000 mAh battery, filled over a 5V/1A charger in the box. It will have two colors and will be offered by Lazada. 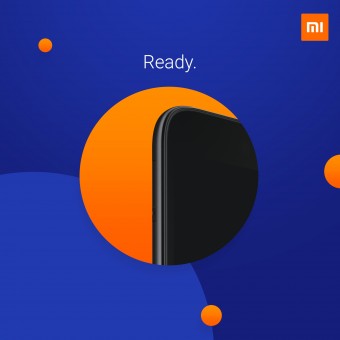 The official teaser by Mi Philippines

We are yet to hear any pricing, but since Android Go is a program for affordable devices, this low-powered smartphone is unlikely to go over $100 (which is around PHP5,200). The company is also not saying anything on wider availability.

Redmi Note 7 kicked down the stairs, used as skates in new videos

It's a lie. A simple patch can enable low-RAM mode in any devices, and let you access Google play go app, but it cannot remove bloats (most Google app, useless factory apps) inside your phone. Go is combination between tighter ram management, smaller...

60€ Android 'Go version' does not support more than 1GB of RAM. Blame Google for that :D

For sure, it has nice speakers and big battery.