Xiaomi’s Redmi K20 and K20 Pro have reached another milestone, topping 3 million sales worldwide. Back in July Xiaomi celebrated the 1 million sales mark of the Redmi K20 series and now that number has tripled just four months after its initial release. 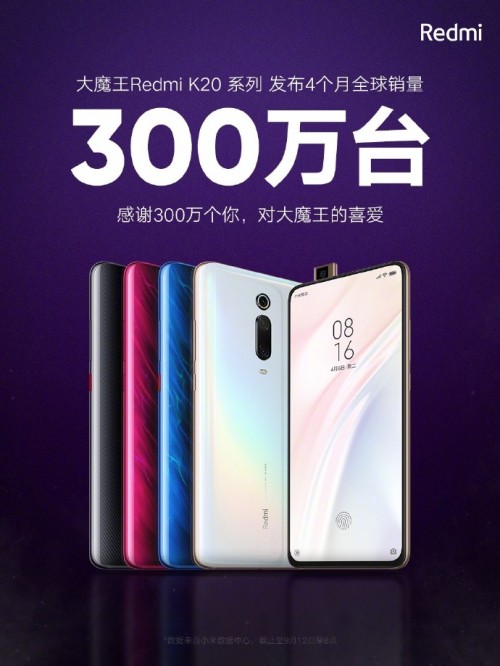 Alongside the new milestone, the brand teased a new Exclusive Edition of the Redmi K20 Pro which will be unveiled on September 19. According to the teaser poster, the phone will offer faster performance, better cooling and will be more durable. 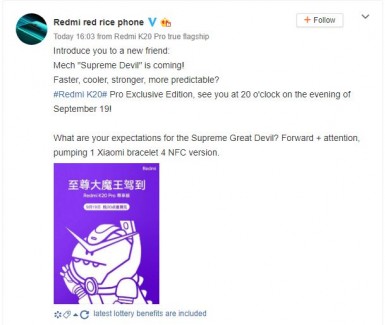 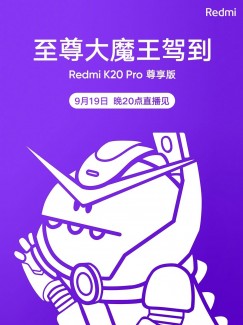 This is not to be confused with the K20 Pro Signature Edition which features a solid gold back and diamond logo to go along with its INR 480,000 ($6,678) price tag. Xiaomi GM Lu Weibing also went on Weibo and revealed that the new Exclusive Edition be powered by the Snapdragon 855+ SoC. According to speculations, the phone will come with up to 12 GB RAM alongside improved cooling and a slightly altered back design.

Hopefully they'll bring back the MicroSD capabilities on the K2Pro Exclusive Edition, but I'm not holding my breath. And will this even be available outside of China?

Note series is half the price of the k20 pro so that's expected isn't it?

Very likely. The additional cooling could be for the 5G modem which could draw more power and generate heat. Hope this has expandable storage this time around.