Xiaomi confirmed multiple times that we will see the Redmi K30 lineup in December, and the phone already started popping up on Chinese websites. A device with the model number M2001G7AE, said to be the regular Redmi K30, was certified by CCC with a 30W charger in the box.

It is also listed as "5G Digital Mobile Phone", confirming the support for next-gen cellular networks.

In the same time, live images of the phone, still wrapped in one of those pre-production cases, revealed spicy details about the specs. Apparently, the Redmi K30 will have Adreno 618 GPU, meaning it will come with the Snapdragon 730 chipset by Qualcomm. It will also have a 120Hz screen, one-upping OnePlus (among other manufacturers) and its 90Hz panels. 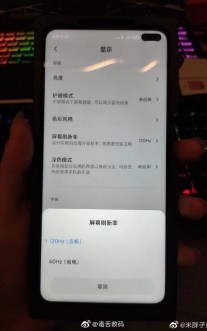 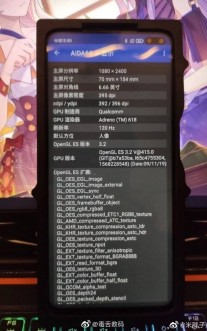 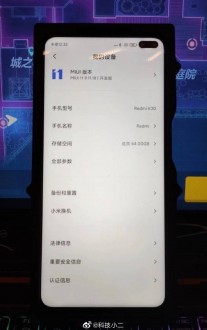 The device is spotted with a dual selfie camera in an oval punch-hole design, but the Redmi K30 and Redmi K30 Pro are likely to keep the trend from K20 and have an identical body, with just the insides being different. It should also have MIUI 11, but the screenshots do not reveal whether it will be based on Android 10.

Nooooo, why.... put hole cam instead pop up cam

Before this article comes in, people complaining about the S11 5G's 25W charger. Have they checked that the Mi 9 Pro can do 40W charging? Lol, the irony. xD