Redmi Note 10 series sold over 2 million units in India, the Mi 11X is going strong too

Since the Redmi Note 10 series launched in India in early March Xiaomi has sold 2 million units worth over INR 30 billion. Those joined the 200+ million Redmi Note phones sold globally since the family was first introduced.

The Redmi Note series is a big deal around the world and it has proven particularly popular in India – if it was an independent brand, it would be #3 or #4 smartphone brand in the Indian market, according to Manu Kumar Jain, the Managing Director of Xiaomi India. 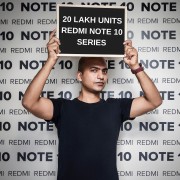 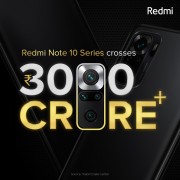 Xiaomi has another hit on its hands with the Mi 11X series – the Mi 11X and Mi 11X Pro have sold INR 3 billion worth of phones in the month and a half since launch. You can check out our review if you’re wondering what makes these phones so alluring. 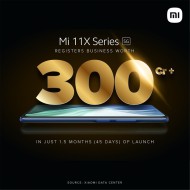 We also have reviews of the Redmi Note 10 Pro Max and Note 10, as well as a hands-on review of the Note 10S.

I have been using custom roms since the days of Redmi Note 3 days. I still have Redmi Note 4 with Havoc OS. It runs buttery smooth and battery life is excellent for four year old device. I have other device named as Poco M2 Pro with DoT OS 5.1 and it...