Xiaomi is not done with its Redmi 11 lineup as the brand is now teasing a new Redmi Note 11T series of devices. These will be launched in China next Tuesday, May 24 at an event set to start at 7PM local time. Redmi’s official Weibo handle revealed some details about the phones and we can expect no less than three devices - a 11T Pro and 11T Pro+ alongside a vanilla Redmi Note 11T. As a reminder Xiaomi previously launched a Redmi Note 11T 5G in India with a Dimensity 810 chipset. 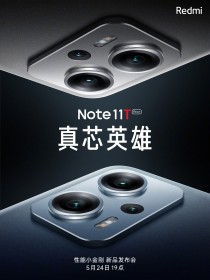 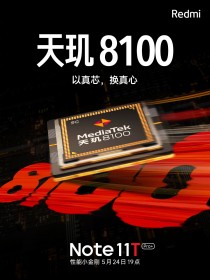 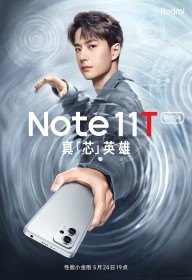 if people still complains about that green tint on amoled... they have to replace and charged them more than replacing the lcd. yes i know ips have bleeding backlights but it only happens when the screen is heated up for too long.

I guess it depends on how often you break displays. I haven't broken one in 12 years of owning smartphones.

It's not about following a brand name or being sheep. It's about the majority of people finding that AMOLED looks better and is more efficient for battery endurance.